Despite strict movement restrictions that have helped contain the coronavirus, Malaysia finds itself facing a surge of cases in overcrowded detention centers that coincided with a series of raids last month in which more than 2,000 undocumented migrants were picked up.

“We have identified detention centers as a high-risk area,” Dr Noor Hisham Abdullah, the director-general of the Ministry of Health, said at a news briefing on May 26.

Some 35 cases were identified at a detention center near Kuala Lumpur on May 22. Four days later, the number had jumped to 227 across three sites, and by May 31, had reached 410 across four sites.

“These raids under the pretence of stopping the spread of COVID-19 have only served to further spread the virus,” Beatrice Lau, Head of Mission for Doctors Without Borders (Medecins Sans Frontieres, or MSF) in Malaysia told Al Jazeera. “The authorities had been warned about the risk of infection in detention centers many times.”

Authorities began the raids on May 1 in areas within designated COVID-19 “red zones” placed under “enhanced” restrictions enforced by the police and military.

Malaysia defines red zones as districts with more than 41 cases of coronavirus within a two-week period, but in areas where worrying clusters have emerged, a stricter lockdown is imposed with razor wire rolled out to seal off the area and prevent residents from going in or out.

The raids triggered a swift reaction from Malaysia’s human rights commission, as well as health and rights groups, who warned of the risks of detaining migrants in overcrowded facilities, and of eroding trust among migrants asked to come forward for testing or treatment.

“This disregard for migrant lives by the authorities is appalling,” Preethi Bhardwaj, interim executive director of Amnesty International Malaysia told Al Jazeera. “[Detainees’] health and lives have been put at risk. “

Nearly 180,000 refugees and asylum seekers are also registered with the UN refugee agency (UNHCR) who are also considered “illegal immigrants“ because Malaysia is not a signatory to the UN Refugee Convention.

Peter Thang, a Chin refugee from Myanmar, lives in the Pudu neighborhood of central Kuala Lumpur. The last two weeks have been ones of immense anxiety, with the area cut off from the rest of the city with razor wire.

Thang told Al Jazeera on May 22 that his two children, who had not left their apartment building since mid-March, were becoming restless and uneasy. “Every day, policemen are patrolling and announcing something in Malay, but I cannot understand,” he said. “When my children hear sirens, they are shocked.”

In the event, there were no raids in Pudu, and UNHCR’s spokesperson in Kuala Lumpur told Al Jazeera the agency had received notification from authorities that registered refugees and asylum seekers would not be detained in any raids.

But that provides little reassurance to the estimated 80,000 people awaiting UNHCR registration.

UNHCR has been denied access to Malaysia’s detention centers since August 2019, leaving the agency unable to identify persons of concern in need of international protection or advocate for their release, the spokesperson added, saying the agency continues to seek access and is striving to provide initial registration for asylum-seekers in lockdown areas with urgent protection needs.

Nyi Linn Twan, an ethnic Rakhine from Myanmar who applied for a UNHCR appointment in 2018 and is still awaiting a reply, told Al Jazeera he no longer leaves his apartment due to fear of arrest.

Although the restaurant where he worked reopened in early May, he did not return because he was afraid to go for the COVID-19 test that is necessary before employees can return to work.

“I heard there are raids and I have great concern. I cannot even manage to get food, while I also face the threats of being arrested or contracting the virus,” he said.

With armed conflict significantly escalating between the Myanmar military and the rebel Arakan Army in his native Rakhine State, he also worries what would happen if he were to be deported.

“My hometown is seriously suffering from civil war … I don’t want to return because it is not safe for me,” he said.

Those detained in the raids include Rohingya who fled ethnic cleansing in Myanmar. 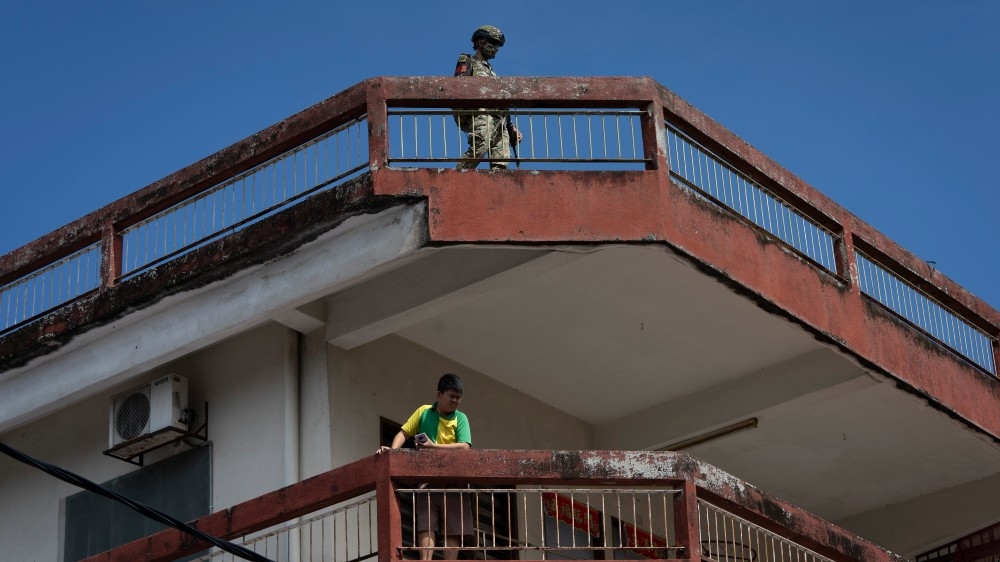 Arafat has not been able to reach them, and is concerned about the health of his 60-year-old mother-in-law, and the education of his sister-in-law who is 15. “My wife keeps crying for her mother and sister,” he said.

Detainees who test positive are being sent to one of three quarantine and treatment centers, including an agricultural exhibition space that state media has reported is “under heavy guard.”

However, MSF’s Lau cautioned that mass detention still poses a risk for the public.

“An outbreak response requires trust in health authorities, but Malaysia’s recent practices erode this trust and will push vulnerable people in search of safety further into hiding, deterring them from seeking care, which will in turn further spread the virus,” she said.

There have been reports in local media of migrants fleeing to the forest to escape. Police are currently looking for a Rohingya man who escaped quarantine.

He tweeted on May 25 that COVID-19 “knows no boundaries” and does not discriminate in terms of ethnicity or social status. “Negative sentiments against detainees must not be amplified and must not be a catalyst for discrimination in saving lives,” he wrote.

On Monday, he announced a schedule for deportations with a group of undocumented Indonesians the first to be sent home on Saturday.

Migrants’ jobs and housing are also increasing in peril. Authorities have shut down more than 65 businesses that were found to be run by undocumented foreigners, and advised business and housing property owners not to rent to people without the necessary papers 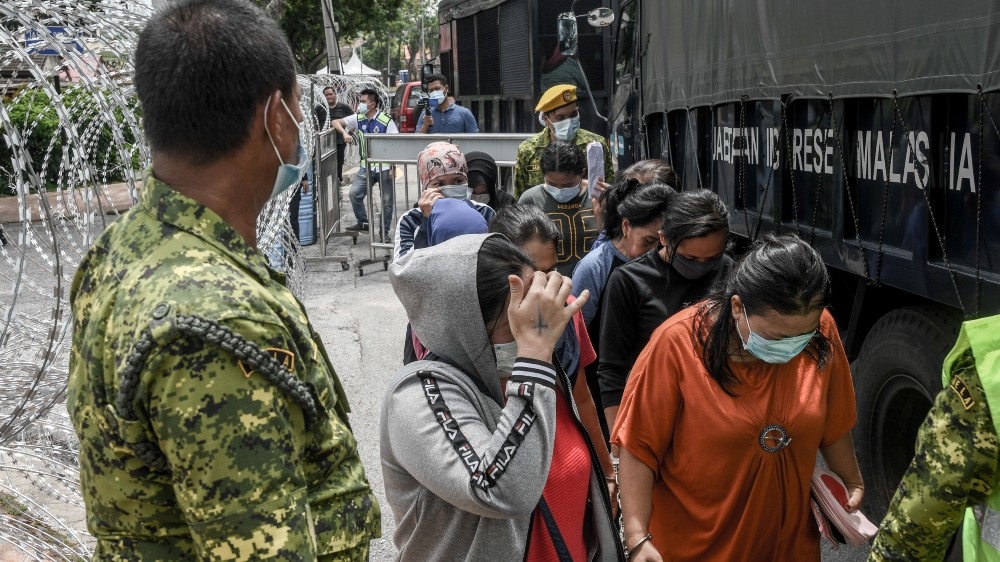 One industry particularly hard-hit is the country’s wholesale markets, where foreigners usually make up the majority of the workforce. Even those with the necessary documentation are now denied entry, and the markets have since struggled to find Malaysians willing to replace them.

Arafat, who lost his job at the Selayang Wholesale Market because he is a foreigner, is now a month behind on rent.

“I used to eke out a hand-to-mouth existence to feed my family,” he said. “Malaysia used to be a safe place for us … Now, I feel scared and vulnerable.”

Locked Up in Malaysia’s Lockdown | Malaysia

Malaysia to expel Bangladeshi who featured in Al Jazeera report