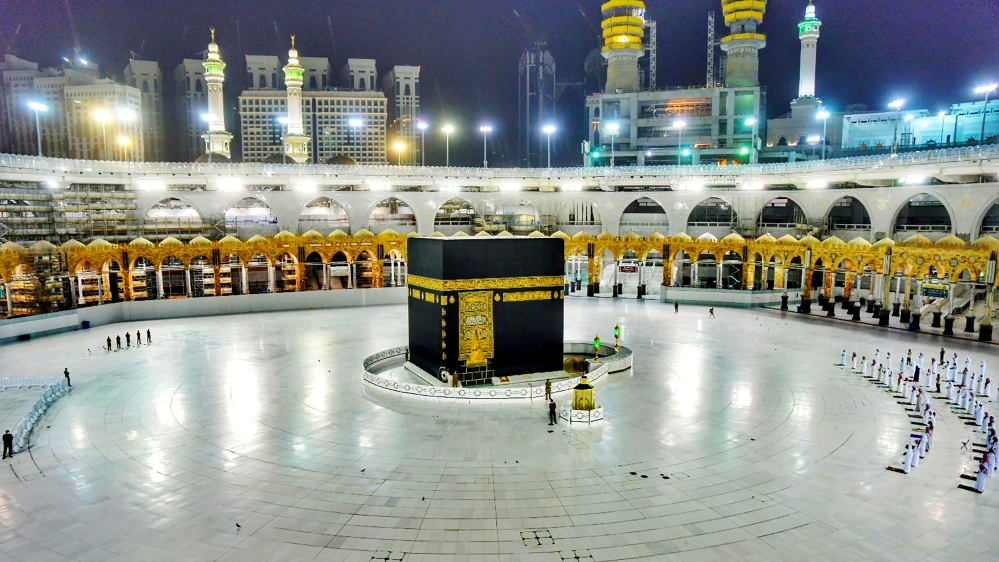 Indonesia has cancelled plans to attend the Islamic Hajj pilgrimage in Saudi Arabia this year because of concerns over the coronavirus pandemic, removing the largest contingent of worshippers at the annual gathering.

More than 220,000 people from the world’s largest Muslim-majority country were set to take part in this year Hajj, which all Muslims must perform at least once in their lifetime if able.

But the global pandemic has plunged the ritual into doubt, with Saudi authorities yet to announce a final decision on whether it will go ahead with the end-of-July celebration.

“The government has decided to cancel the Hajj 2020 as the Saudi Arabian authorities failed to provide certainty,” Fachrul Razi, Indonesia’s religious affairs minister, said during a news conference in the capital, Jakarta.

“This was a very bitter and difficult decision. But we have a responsibility to protect our pilgrims and Hajj workers.”

Saudi authorities have already said the Hajj and Umrah pilgrimages – which attract millions of travelers from around the world – will remain suspended until further notice.

Jakarta had considered allowing half the usual number of pilgrims to travel in order to limit the risk, but instead opted to keep them all at home, he added.

‘God has another plan’

Some 2.5 million pilgrims from around the world usually flock to Mecca and Medina cities for the week-long ritual scheduled to begin in late July.

The pilgrimage is also a significant source of income for the kingdom but risks becoming a major source of contagion if millions flock to Mecca’s religious sites.

The quota for Indonesian pilgrims this year was 221,000, with more than 90 percent already registered to go, according to the religious affairs ministry website.

Indonesia’s decision was a disappointment for some who have been on a pilgrimage waiting list for years.

“I knew this was a possibility, but now that it’s official I can’t help but be heartbroken. I’ve been waiting for years,” 37-year-old civil servant Ria Taurisnawati told AFP news agency as she sobbed.

“All my preparations were done, the clothes were ready and I got the necessary vaccination. But God has another plan.”

Dewi, an employee of a telecommunications company in Jakarta and registered to perform the pilgrimage this year, told Reuters News Agency while she had waited six years, she made peace with the news.

“If that is the decision, I will accept it,” said Dewi, who did not want to give her full name. “After all I believe that everything happens with God’s permission.”

City-state Singapore also announced last month that its citizens would not perform the Hajj this year amid the coronavirus pandemic.

The Hajj has been cancelled because of war and past epidemics throughout history, but not since the founding of the Kingdom of Saudi Arabia in 1932.

People under 65 years, must take Covid-19 test for Hajj