It has been almost a month since President Rodrigo Duterte forced the closure of ABS-CBN, but as the Philippines’ largest media network awaits a high court ruling and congressional decision that will determine its future, the company 11,000 employees are considered anxious.

The Supreme Court could, at any moment this week, decide on ABS-CBN’s plea to resume operations while waiting for Duterte’s allies in Congress to act on the renewal of its 25-year franchise, but a favorable court ruling remains in question.

ABS-CBN said it has been bleeding between $ 597,000 and $ 697,500 in daily advertising revenue since the closure on May 5. Failure by Congress to approve the renewal application before it rises for a two-month recess on June 6 could mean more financial losses, endangering the jobs of many of its 11,000 employees.

Writer Reyma Buan Deveza has been with the company online division for 20 years.

Since a lockdown was imposed on Metro Manila in mid-March, she has been her family’s breadwinner, with her husband temporarily out of work. Now, she worries about how to send their son and daughter to school, while also fretting about affording the diabetes medications that she and her mother are taking.

“I already have anxiety over how we can stay healthy in this time of coronavirus. Now, I’m also thinking about how long I can keep my job and support my family,” Deveza told Al Jazeera.

“The personal attacks on social media against the company and its employees are also very vicious. What they don’t realise is that behind the camera and the stories that we publish, we are also human beings,” she added between tears.

There is no doubt in Deveza’s mind that the National Telecommunications Commission (NTC) order to shut down Southeast Asia’s oldest television company is “a clear suppression of freedom of the press.” NTC is the country’s telecommunications regulatory body under the office of the president.

Theodore Te, former spokesman for the Supreme Court and a leading human rights lawyer, said that “as a factual matter” the franchise of ABS-CBN had lapsed on May 4. He pointed out that under a 2003 high court ruling a franchise is ” necessary “to continue to operate.

But the question that needs to be asked, he said, is why NTC, despite its powers, refused to issue ABS-CBN a provisionary authority to continue operating before the franchise expired. Other stations in a similar situation were previously granted a temporary license.

NTC had also promised Congress in February that it would allow ABS-CBN to operate while legislators deliberate on the pending application. But it reversed course and issued a shutdown order after Duterte’s solicitor general, Jose Calida, threatened a lawsuit against its commissioners.

The threats against ABS-CBN have focussed attention on press freedom in the Philippines [File: Francis R Malasig/EPA]

Te said the delay in Congress to take up the renewal, as well as the “discriminatory treatment of NTC cannot but be linked to the expressed displeasure” of Duterte.

“That is why it is a press freedom issue because the President made it one,” he said, adding that Duterte created a “hostile” environment for the station.

“The well had been poisoned, so to speak, by the president’s manifest displeasure at ABS-CBN.”

Duterte has long harbored enmity towards the station, accusing it of playing favors after refusing to run his political advertisements during the 2016 presidential campaign. ABS-CBN has denied the allegations.

After his election, Duterte repeatedly threatened the company with closure, declaring in 2019, “I will see to it that you are out.”

ABS-CBN’s coverage of the war on drugs, which has killed thousands of people, also riled the Philippine president.

Emil Maranon III, a SOAS-trained lawyer based in Manila, said that while the public favors the return of ABS-CBN on air, “it will not be an easy time” for the company as it seeks the opinion of the highest court.

“This is not an easy decision. The Supreme Court knows, for example, that the public sentiment is on the side of ABS-CBN, and at the same time, they don’t want to find themselves clashing with the president. So, it will entail a balancing act on its part, “he told Al Jazeera.

How the court will decide on the case remains hard to predict, Maranon said, but legal review can also study the composition of the court and the voting trends of its members.

At present, 10 of the 14 justices are Duterte appointees. The current chief justice is also a Duterte pick, but was appointed to the Supreme Court by a previous president. One seat remains vacant. 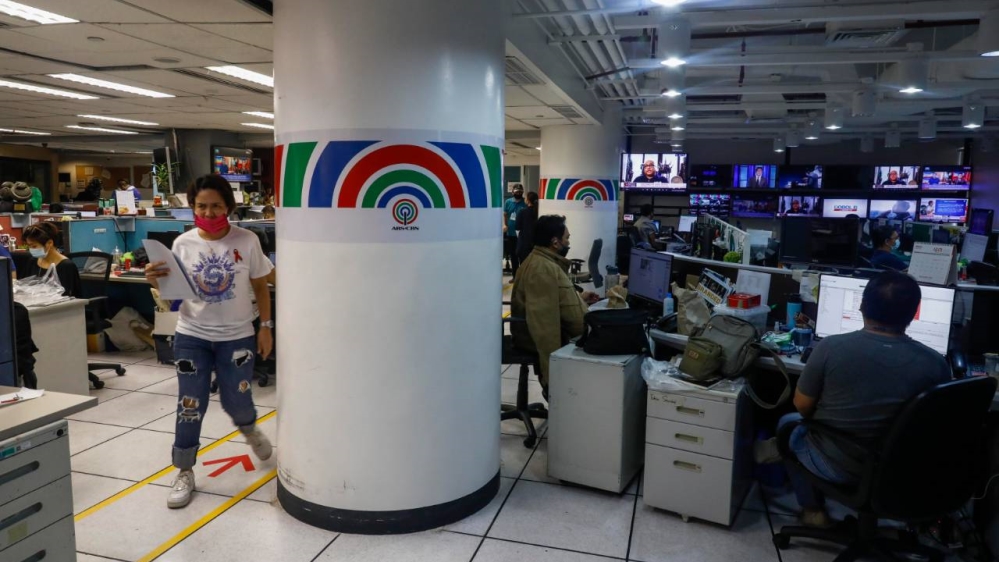 At best, what the Supreme Court can do is extend temporary relief to ABS-CBN, Maranon said. But it is still up to Congress to renew the franchise, so the issue becomes political, with Duterte’s allies also dominating the legislative body.

“We can see right now; it is basically tiptoeing around the administration, it is really a difficult position on the part of ABS-CBN.”

Generoso Villanueva Jr, has been working for ABS-CBN’s regional department for the last 23 years, and like other employees of the company, his future remains in limbo. The company had promised full salary and benefits to all its employees until August.

Villanueva, who is the president of the rank and file employees union, also said many of his colleagues are concerned if they will still be able to find employment elsewhere. The media landscape in the Philippines is already saturated, and many will have to compete with younger applicants.

“ABS-CBN has been treating us well, and it is like family to many of us who have worked here for many years. So if we have a choice, we want to stay,” he said.

“I hope that Congress will act on the franchise soon. Our existence as a company has never caused disadvantage or injury to the country, so I hope we will be allowed to reopen.”