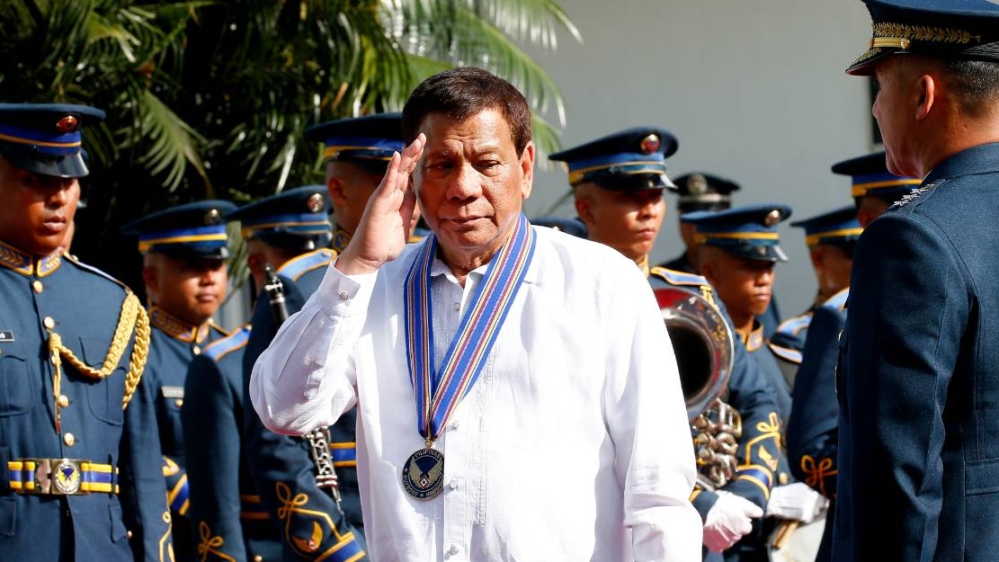 The House of Representatives of the Philippines has approved new anti-terrorism legislation that gives President Rodrigo Duterte’s administration sweeping powers, including the ability to carry out arrests without warrants and to hold suspects without charge for a longer period.

The bill cleared Senate in February. Duterte’s C.ongressional allies voted overwhelmingly on Wednesday to approve the bill on third reading, clearing the path for the president to sign the legislation into law.

A total of 173 legislators voted in the affirmative, with 31 members opposing and 29 abstaining.

On Monday, Duterte sent a letter to the speaker certifying the bill as “urgent” and calling for its passage before Congressional members go on a two-month break from June 6.

A last-minute effort to defeat the bill failed, but it is likely the opposition would question the legality of the bill before the Supreme Court.

By passing a bill identical to the one approved by the Senate, the House skirted a longer process of reconciling two versions, and cutting the time to debate.

The most contentious provisions include the warrantless arrest and 14-day detentions of suspected “terrorists”, and the creation of an anti-terror council that would determine what is terrorism and order arrests without a warrant – a function usually reserved for the courts.

Those who are accused of proposing, inciting, conspiring, and participating in the planning, training, and facilitation of a “terrorist attack” could also face life life imprisonment without the possibility of parole

The new legislation includes a provision allowing up to 12 years of imprisonment for any person who “joins” designated “terrorist organizations or group (s)”.

The bill also removes a provision on payment of 500,000 Philippine pesos ($ 10,000) damages for wrongful detention.

Secretary of National Defense Delfin Lorenzana on Sunday defended the proposal, saying, “the people need not fear”, because there were civil liberties “safeguards” in place.