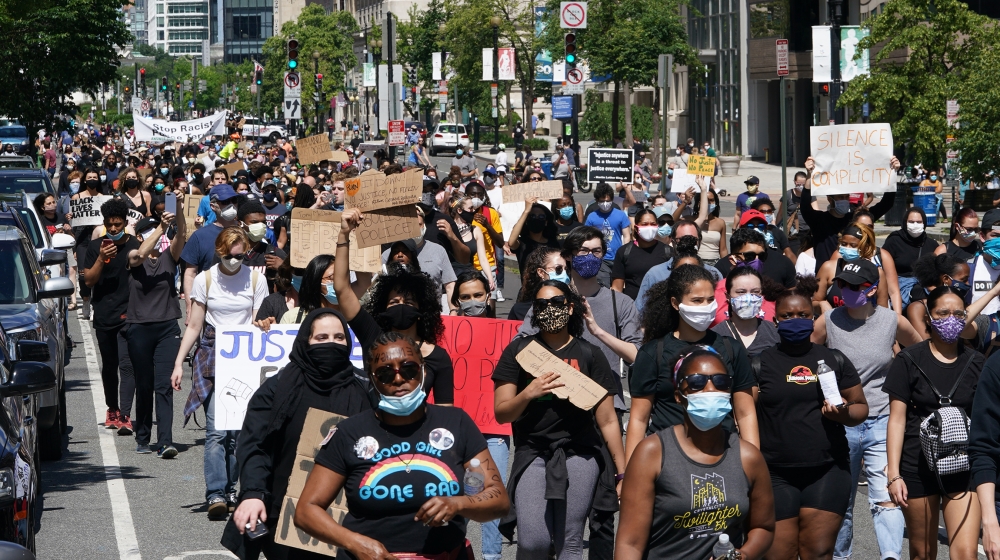 On Tuesday, June 2 at 19:30 GMT:When video of another unarmed black man’s death goes viral, what is its real impact? In Minnesota and across the US, days of public outrage and protests have followed the killing of George Floyd, a 46-year-old Minneapolis man who died after a white police officer used his knee to pin his neck to the ground. Footage of the incident has circulated widely on social media, reigniting African American trauma and conversations about racism, law enforcement and white supremacy in the country.In this episode, we’ll discuss anger over Floyd’s death and how people across the United States are responding. Join the conversation.In this episode of The Stream, we are joined by:Keisha Blain, @KeishaBlainAssociate Professor, University of Pittsburghkeishablain.comDamon Young, @damonyoungvsbFounder, Very Smart Brothasdamonjyoung.com/
Phillipe Cunningham, @CunninghamMPLSMinneapolis Councilmember, Ward 4
Read more:George Floyd: US protests over police brutality intensify – Al JazeeraRemembering George Floyd: Devoted father, ‘gentle giant’ – Al JazeeraSource: Al Jazeera

Are women being left out of the Black Lives Matter movement? | US & Canada

How can you be an ally to the Black Lives Matter movement? | Human Rights