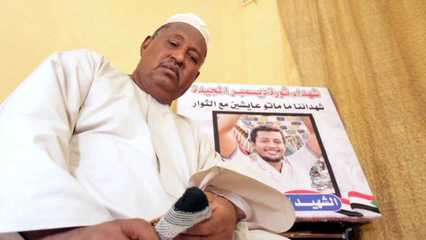 Sudanese authorities have put up barricades outside the military headquarters to stop protesters from gathering there.

Crowds are expected to mark a year since a violent crackdown by security forces in which more than 100 people were killed and 700 others wounded.

But many victims say those who replaced him are yet to deliver justice.