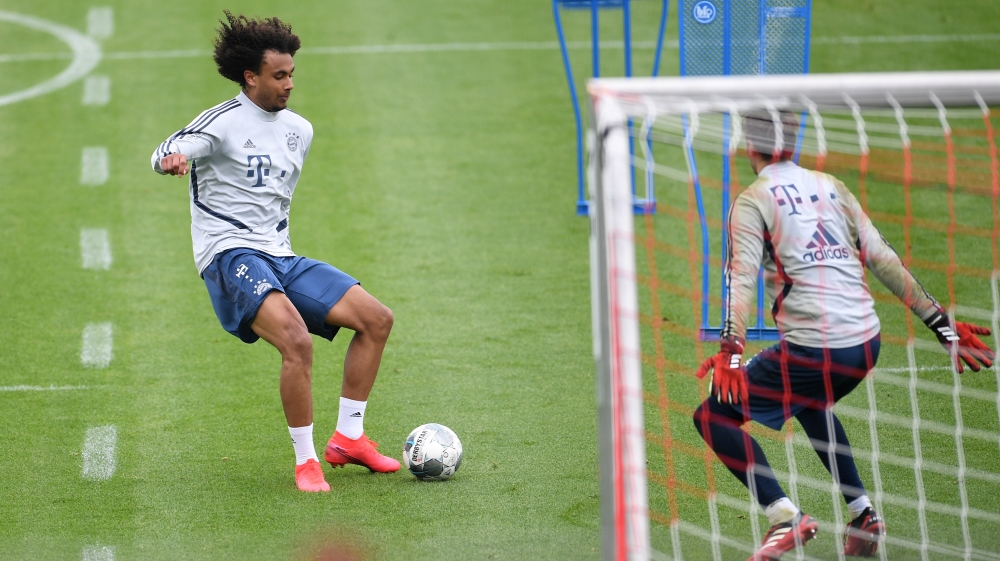 Germany’s Bundesliga will be the first major football league in Europe to resume after a two-month break due to the coronavirus pandemic, despite many fans opposing the resumption of the season.
The Bundesliga, however, will not be the same when it restarts on Saturday with no children to accompany players to the field, no contact between rivals in the tunnel before the games, and no handshakes with the referee or match officials.
More:

The games will be played in empty stadiums with only about 300 essential staff and officials attending. Players have been told not to spit, celebrate in groups or touch hands with teammates.
Club executives, firefighters and police forces, stadium security personnel and journalists are expected to be in the stands during the matches.
As part of the coronavirus measures to maintain physical distancing, the teams will not be allowed to get their photos taken before the kick-off.
Substitute players will have to wear masks and sit apart. Scoring goals in the empty stadiums will be a sombre affair, with players advised to keep their emotions in check.
Coaches will be permitted to remove their masks to shout instructions at their players – as long as they stay at least 1.5 metres away.
Some clubs will use music and cardboard cutouts of fans to liven up the atmosphere at matches.
The Sky network said it aims to compensate its television audiences by offering recordings of fans’ gasps, cheers and chants.
In normal circumstances, the German game, dominated in recent seasons by Bayern Munich, lacks the marketing pull of England’s Premier League or Spain’s La Liga, which boasts the world’s two biggest clubs in terms of revenue – Barcelona and Real Madrid.
Yet even with a subdued atmosphere given the absence of passionate fans, with all games being played behind closed doors to prevent the spread of the coronavirus, the Bundesliga can use the spotlight to show its worth to devotees missing live action around the globe.
Most fans oppose resumption
However, a majority of Germans oppose the resumption of Bundesliga football season, according to surveys conducted by public broadcasters ARD and ZDF.
But football authorities in Germany were desperate to get the league back on track with several clubs, including Schalke, already on the brink financially.
On May 6, Chancellor Angela Merkel finally gave the go-ahead to the season after the country reported a drop in new COVID-19 infections.
The teams were preparing for the league’s resumption amid quarantine conditions this week.
Highlights this weekend include league leaders Bayern away at Union Berlin on Sunday with Dortmund, four points behind the Bavarians, playing Schalke on Saturday.
Bayern Munich, Dortmund and Schalke are the only three German clubs to feature in the top 20 in the annual Deloitte ranking of football clubs by their revenues.
Bayern Munich have won seven of their unbeaten eight games between the winter break and the suspension of the league in mid-March, and aim to continue in that fashion en route to a record-extending eighth straight Bundesliga crown.

Coronavirus: Germany’s Bundesliga will restart in May | News