There are no secrets in the tightly packed lanes of Dharavi, India’s largest slum. Everyone knows when an alcoholic husband turns violent, when children are scolded or when a family has its television turned up too loud.

So, news that someone had been hospitalized with the new coronavirus rocketed through the one square mile (2.5 square kilometers) that is home to around a million of Mumbai’s poorest residents.

Dharavi has had more than 1,800 confirmed COVID-19 cases, and is among Mumbai’s most affected pockets.

The caseload in the city – known for Bollywood and the country most important stock exchange – stood at more than 41,000 on Thursday, and has overwhelmed the under-funded health system.

Mumbai and elsewhere in Maharashtra state in central India account for the largest share of the country more than 210,000 confirmed infections, of which more than 104,000 have recovered. India has recorded about 6,000 deaths.

The rate of infection and the loss of life have been relatively small compared to the United States, United Kingdom and other hard-hit countries. But epidemiologists say India is still weeks away from peak coronavirus transmission.

Born and bred in Dharavi, Kunal Kanase watched authorities ignore everyday disasters, like overflowing sewers and domestic violence. He knew better than to wait for help.

The 31-year-old student and community activist hounded government helplines trying to get authorities to quarantine the neighbor’s family. Unable to get through, he tweeted at the Mumbai police, who quickly came to take the man’s family to a quarantine center.

“I used to teach his two children and felt good for the family since they were relatively safer now,” he said from the tiny two-room apartment he shares with his parents and younger brother.

Kanase is among many unsung heroes working to protect some of India’s most vulnerable people from the ravages of the coronavirus and the economically devastating nationwide lockdown that has left millions unable to feed themselves.

When a woman who lives just two houses – less than 10 feet (3 meters) away – from Kanase became sick with COVID-19, he once again tried to notify authorities. He was unsuccessful and no one ever came to test or isolate the six other members of the woman’s household.

Kanase would watch as health workers scrambled to stem the outbreak, suiting up to disinfect the squalid lanes and flying drones over the shanty town to surveil peoples movements. 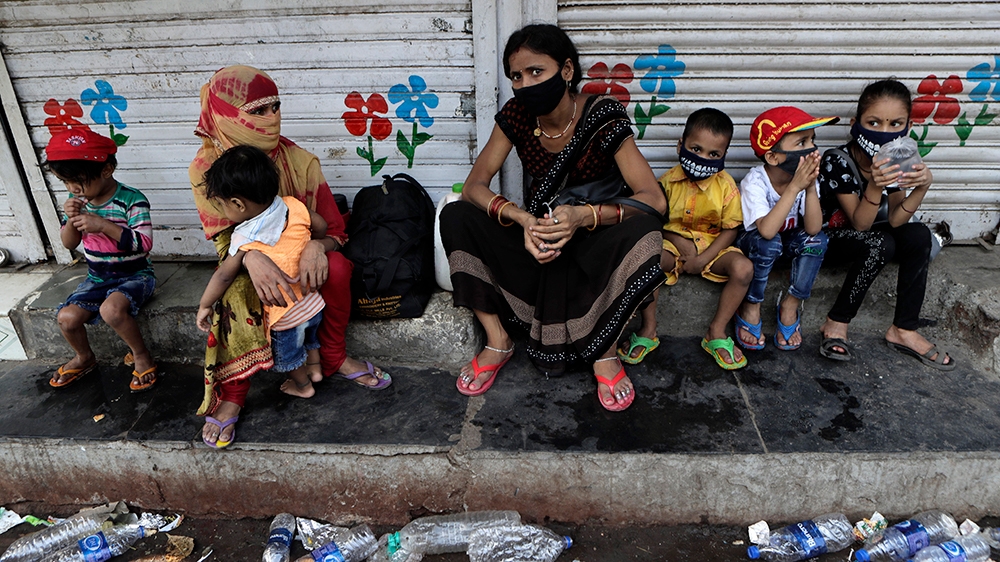 Dharavi is known to the world as the setting of the 2008 Oscar-winning film Slumdog Millionaire.

Set between busy train tracks and the heavily polluted Mithi River, which separates the slum from Mumbai’s modern skyscrapers, the neighborhood is a maze of tiny alleys, each one full of scores of people, many living in tin shacks.

Families or groups of migrant workers often pile into a single room. Hardly anyone has a private bathroom.

Without reliable running water, the most worrying concern is sanitation. The neighborhood was able to avoid another disaster when it was spared damage from a cyclone that hit Mumbai on Wednesday.

Kiran Dighavkar, a Mumbai official who is overseeing medical workers and volunteers in Dharavi, said his staff is focused on cleaning the neighborhood’s 500 toilet complexes. Each is visited by at least 1,000 people a day.

“These people have to come out twice a day, for food and to use the toilets. So you can imagine how tough it is to practice social distancing,” Dighavkar said.

Kanase and his team at Dharavi Diary, a group of young leaders who work to improve conditions in the slum, have been working to help those affected by the pandemic, handing out bags of rice, flour, cooking oil and sugar – enough to feed a family for two weeks.

But they lack the resources to provide for everyone and often must filter the needy from the neediest.

Each day, the slum’s poorest – often migrant workers originally from elsewhere in the country – line the main street waiting for food handouts from Dharavi Diary and other volunteers, groups and government agencies.

India’s poor – in Dharavi and the rest of India – have borne the brunt of the nationwide lockdown, which finally began to ease this week. Many migrant workers fled cities for their native villages in the countryside rather than risk starvation, sometimes walking for hundreds of miles (kilometres).

For Kanase, however, the pandemic has highlighted how even in hardship this tightly knit community can come together to aid each other.

“I live in Dharavi and I am proud of it,” he said. 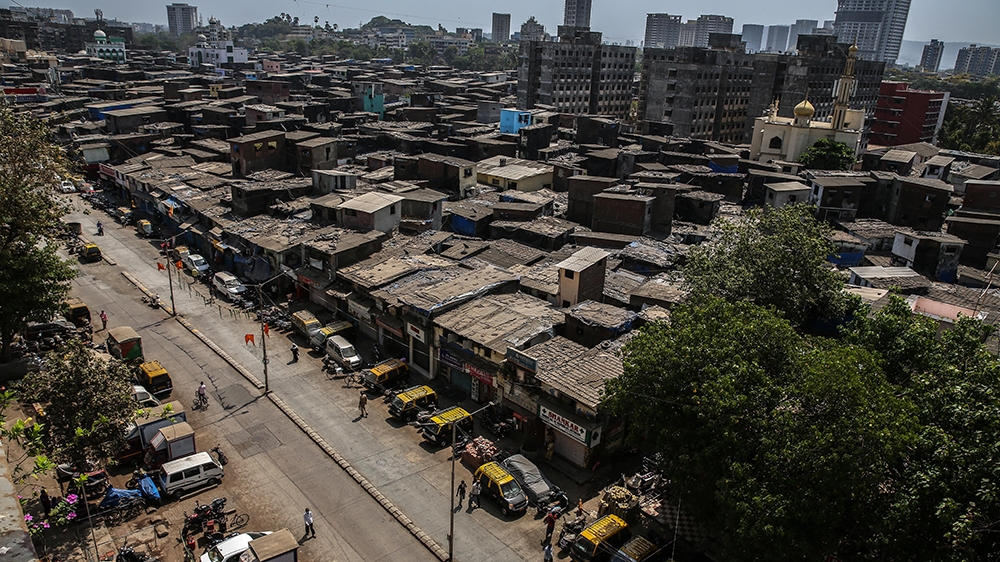