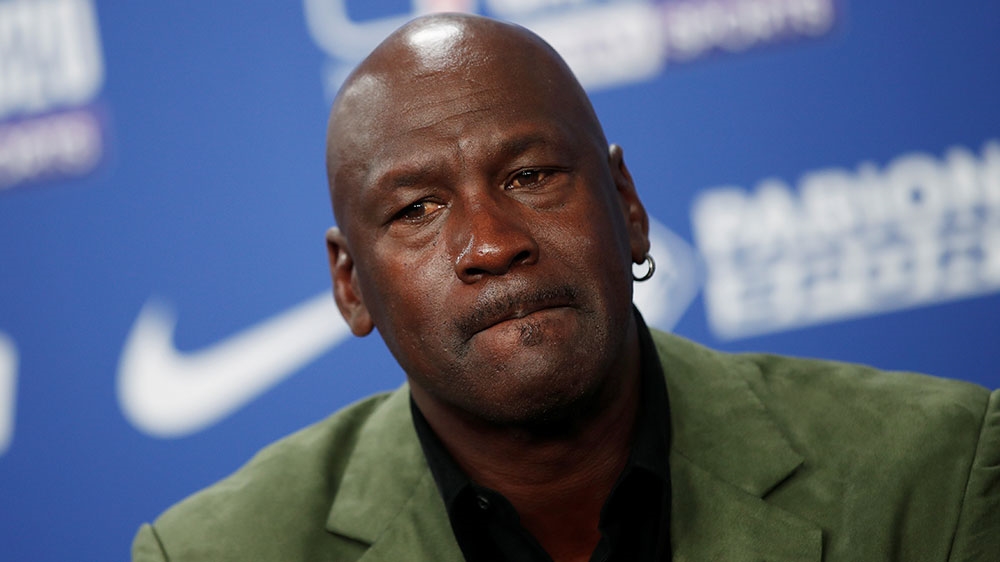 Basketball great Michael Jordan voiced outrage on Sunday over the death of George Floyd, a Black man shown on video gasping for breath as a white policeman knelt on his neck in Minneapolis, an incident that has triggered violent nationwide protests.
Jordan said his heart went out to Floyd’s family and the families mourning others who have died through acts of racism.
More:

“I am deeply saddened, truly pained and plain angry,” Jordan, a Basketball Hall of Famer and owner of the National Basketball Association’s Charlotte Hornets, said in a statement.
“I see and feel everyone’s pain, outrage and frustration,” he added. “I stand with those who are calling out the ingrained racism and violence toward people of colour in our country. We have had enough.”
The comments from Jordan came as many US cities were bracing for another night of unrest after cleaning up streets strewn with broken glass and burned-out cars as curfews failed to quell confrontations between protesters and police.

Jordan, a six-time NBA champion who was at the heart of the Chicago Bulls’ dynasty in the 1990s, called on people to show compassion and empathy and never turn their backs on senseless brutality.
“We need to continue peaceful expressions against injustice and demand accountability,” said Jordan.
“Our unified voice needs to put pressure on our leaders to change our laws, or else we need to use our vote to create systemic change,” he added. “Every one of us needs to be part of the solution, and we must work together to ensure justice for all.”
Jordan joined a growing list of sport stars who have voiced their support for the protesters.
Rights activist and former National Football League player Colin Kaepernick, who took a knee during the national anthem at US football games to protest against police brutality, tweeted earlier this week: “We have to fight back!”
“When civility leads to death, revolting is the only logical reaction,” Kaepernick said in support of the protesters. “The cries for peace will rain down, and when they do, they will land on deaf ears, because your violence has brought this resistance.”
Kaepernick started a legal defence fund to support protesters who may need legal assistance.
Stephen Jackson, a retired NBA player, led a protest in Minneapolis on Friday.
“I’m here because they’re not going to demean the character of George Floyd, my twin,” Jackson said.
“A lot of times when the police do things they know is wrong, the first thing they try to do is cover it up and bring up your background to make it seem like the bulls*** they did was worth it. When was murder ever worth it? But if it’s a Black man, it’s approved.”