It was the same amount of time that a white police officer knelt on Floyd’s neck as he cried out: “I can’t breathe.”

It was an amount of time that has become a rallying cry across the United States against police brutality and violence against Black people.

“George Floyd’s story has been the story of Black folks. Because ever since 401 years ago, the reason we could never be who we wanted and dreamed to be is you kept your knee on our neck,” he added. “It’s time for us to stand up in George’s name and say, ‘Get your knee off our necks!'”

Reverend Al Sharpton speaks during a memorial service for George Floyd in Minneapolis, Minnesota, the US [Lucas Jackson/Reuters]

Thursday’s service was the first of several memorials scheduled before Floyd will be buried in Houston, Texas, where he grew up on Tuesday. A weekend memorial is scheduled in North Carolina, where Floyd was born.

Philonise Floyd told mourners that his brother was like “a general” and people wanted to follow him.

Philonise described George Floyd as a man who made people feel “like the president”. People “wanted to greet him, wanted to have fun with him,” he said.

Philonise spoke alongside other members of George Floyd’s family, each remembering Floyd as a kind and good man. Fridays, civil rights leaders, celebrities and politicians listened closely, at times breaking out in applause for what was being said. Thursday’s event was part memorial, part a call to action to end police violence and the culture that many say has led to the deaths of so many african-americans and other people of color at the hands of people.

“What we saw in that video was evil. So America … as we memorialise George Floyd, do not accept evil,” said Benjamin Crump, a prominent civil rights lawyer who is representing the Floyd family.

While the memorial was invite-only, thousands of people gathered not far from the site it was held, listening intently to the service on loudspeakers. One person in the crowd described the eight minutes and 46 seconds of silence as a “powerful” moment. 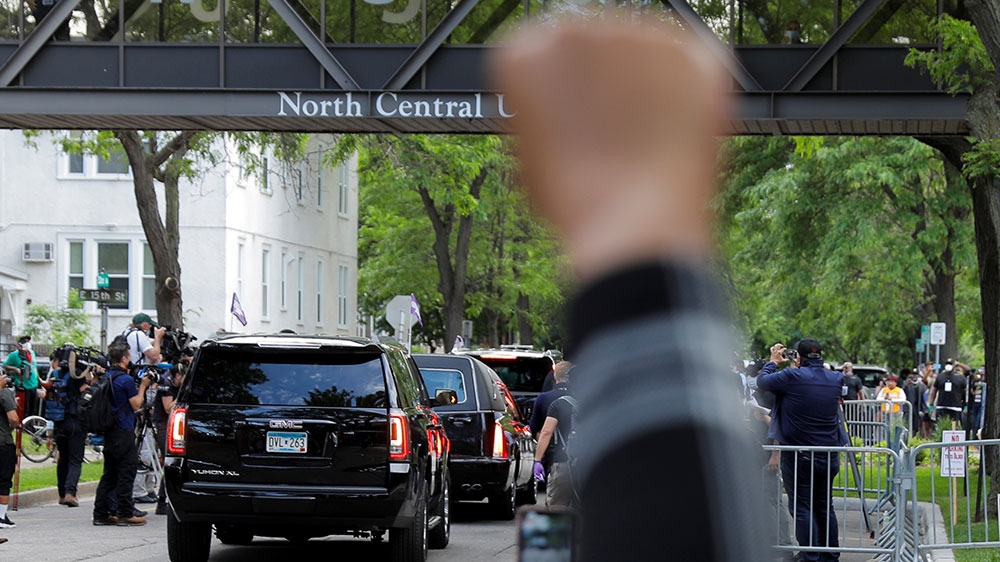 “[Floyd’s] Spirit is alive in every breath that I draw, “she said.” He’s looking down and he’s with us, so actually we’re closer together now than we’ve ever been. “

Mahlet Aschenaki said Thursday’s event was important so people could start to heal.

“It’s important for us to come together and grieve because we have been out there cause of our anger, and now it’s important to come together in the grieving process,” Aschenaki said. “I think it’s really good for the community to all be here, show their support and overall just be here for his family.”

‘This is the era to deal with policing’

Sharpton announced he and Floyd’s family will lead a march in Washington, DC, on August 28, the 57th anniversary of Martin Luther King Jr’s original March on Washington, which drew hundreds of thousands of people.

“We’re going back to Washington,” Sharpton said. “This is the era to deal with policing and criminal justice.”

Sharpton’s emotive words came a day after prosecutors announced new charges against the four now-fired officers involved in the death. 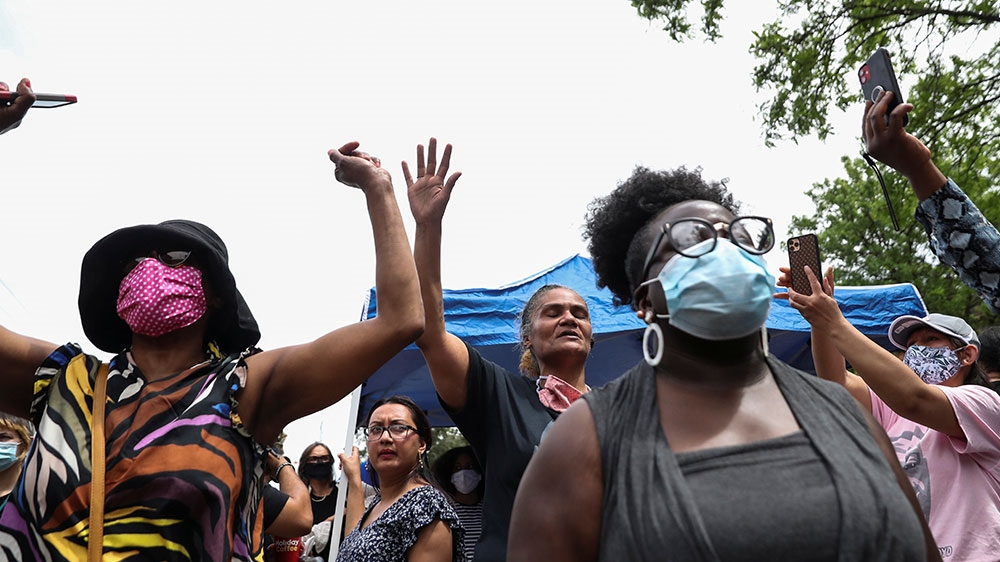 The other three officers face charges of aiding and abetting second-degree murder and manslaughter. All four are in custody.

The charges were one of the key demands of protesters, who have rallied daily for more than a week in cities across the US. But protesters have vowed to continue marching to demand an end to police violence and more systemic reforms.

“We don’t have a problem denouncing violence,” Sharpton told mourners on Thursday.

US: Minneapolis honors George Floyd by serving those in need | USA News