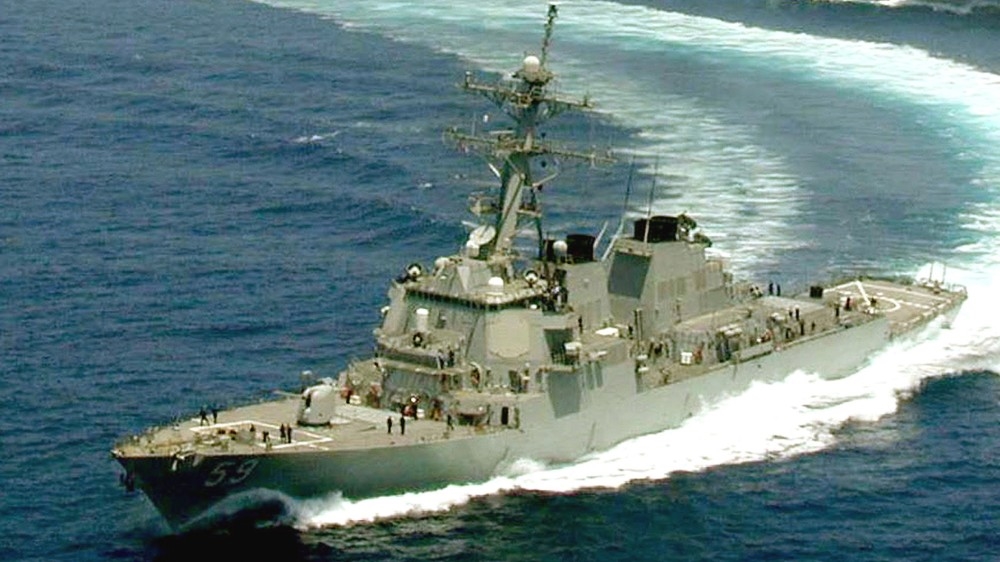 A United States warship sailed through the sensitive Taiwan Strait on Thursday, the militaries from the US and Taiwan said, the same day as the 31st anniversary of China’s bloody crackdown on pro-democracy demonstrators in and around Tiananmen Square.

China, which considers self-ruled Taiwan its territory, has been angered by increased support for the democratic island by the administration of US President Donald Trump – including more arms sales and regular US patrols.

Taiwan’s Defense Ministry said on Friday that the US warship had passed through the Taiwan Strait separating the island from China, heading south.

Taiwan’s armed forces monitored the ship and described it as being on an “ordinary mission”, the ministry added, without providing further details.

The US Pacific Fleet, in a post on its Facebook page, named the ship as the USS Russell, an Arleigh Burke-class destroyer.

The US has in recent months stepped up its sailings through the Taiwan Strait, to China’s anger, adding to tensions over everything from Beijing’s response to the coronavirus pandemic to trade and human rights. China has stepped up its manoeuvres around Taiwan as well, both at sea and in the air.

Public events took place in both Taiwan and Chinese-ruled Hong Kong on Thursday to mark the 1989 Tiananmen anniversary.

On Thursday, police pepper-sprayed some Hong Kong protesters who defied a ban to stage candlelight rallies in memory of the crackdown, accusing Beijing of stifling their freedoms, too.