The three experts – Allison Puccioni, Subbu Vincent and Ariel Conn – deliberated on whether technology will potentially play a role in helping usher lasting world peace or create an existential crisis for humanity.

Speaking at the debate in Doha, Puccioni, a world-renowned practitioner of imagery intelligence, said the increasing use of technology has helped democratise information that will eventually “help create a more equitable world”.

“Today, we can access from our smartphones the kinds of information, that a few decades ago, was held only in the hands of the most clandestine echelons of elite intelligent agencies,” she told the audience in her opening remarks.

Is technology the key to world peace?

We teamed up with the UN to host a debate on this very question. We were joined by Tech Writer and AI Policy Specialist Ariel Conn, Media Ethicist Subbu Vincent and Imagery Analyst Allison Puccioni for this special edition of Doha Debates. pic.twitter.com/pVRHrA8wAH

A few years ago, Puccioni worked at a company where she was tasked with working with satellite imagery, YouTube videos, Twitter sentiment and other open-source information to track the Nigerian armed group Boko Haram.

“That sort of information before may have only part of intelligent agencies … but when the media has access, it has the capacity to hold governments accountable,” she added.

Puccioni told Al Jazeera that it would be “impossible” for her to argue that challenges created by technology do not exist.

However, the availability of information to a larger audience in the long run is a good thing, she said.

“There’s always been grounds for optimism. But it’s been hyped up so much that people have forgotten that technology is really an amoral thing. It is designed without a moral sense,” Vincent added.

Vincent said that while technology has been used as a force for good, helping to mobilise people, it has also been used “to spread lies, disinformation and hate speech, amplify conspiracy theories, sow discord and divide people,” he told Al Jazeera.

The third participant in the debate held at the Carnegie Mellon University campus, Conn, believes technology may have created for humans an “existential crisis”.

Conn, a former director of Media and Outreach for the Future of Life Institute, pointed out the connection between technology and warfare, and how throughout recent modern history it has been used to bring about immense destruction.

“Technology is primarily developed for military prowess, for profit or both. And unfortunately, war is far more profitable than peace,” she said in her opening remarks.

Al Jazeera spoke to grassroots activists, tech workers and entrepreneurs to comment on the debate and how technology has impacted their work.

“As a person who is trapped under an unjust siege on Gaza Strip, I used the internet and technology to be connected to the outer world and I have so many chances to speak out, to represent my people and to express my opinion,” Shurrab said.

Gaza has been under an Israeli land, air and sea blockade since 2006, after Palestinian political group Hamas won parliamentary elections.

As a result, it has been extremely difficult for many Palestinians in Gaza to leave the coastal enclave, a situation which the UN humanitarian chief described as an “open-air prison”.

Shurrab works for the Gaza Sky Geeks (GSG), a tech hub in Gaza city that helps startups to grow their businesses outside of the coastal enclave of nearly two million people.

“We proposed our platform, SkyLancer Online to help people like Gazans who live under hard situations, to start learning how to be good freelancers using various freelance platforms and hunt jobs through social media platforms like LinkedIn and Twitter,” she told Al Jazeera.

“I am an optimistic person and always searching for hope … I can’t say that I disagree with Conn but I prefer to think positively.”

Jillian York, a free speech advocate based in the German capital of Berlin, highlighted the role of technology, particularly the internet, in amplifying the voices of marginalized communities such as LGBT.

“I think that technology is a double-edged sword in light of this [debate] question … Conn and Vincent both noted the downsides, but we also have to look at the ways in which technology, and specifically the internet, is facilitating global movements, “she noted. 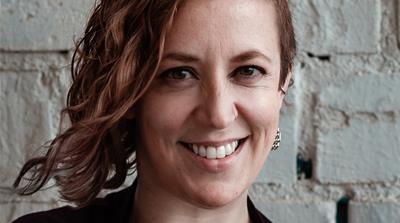 On the other hand, York said she has “experienced first-hand how governments use technology – sometimes even that which was ostensibly built for good – to harm their citizens.” “If you’re an LGBT person in a rural area or a conservative one, you might not think anyone shares your views / experiences. But online, you can find people who are like you, who share the same causes and who have lived similar lives, “York said.

The free speech advocate said that while technology could certainly democratise information, it was important to note how states have abused technology to silence their own people, citing surveillance and facial recognition technology.

Tahir Imin, Uighur activist, the US 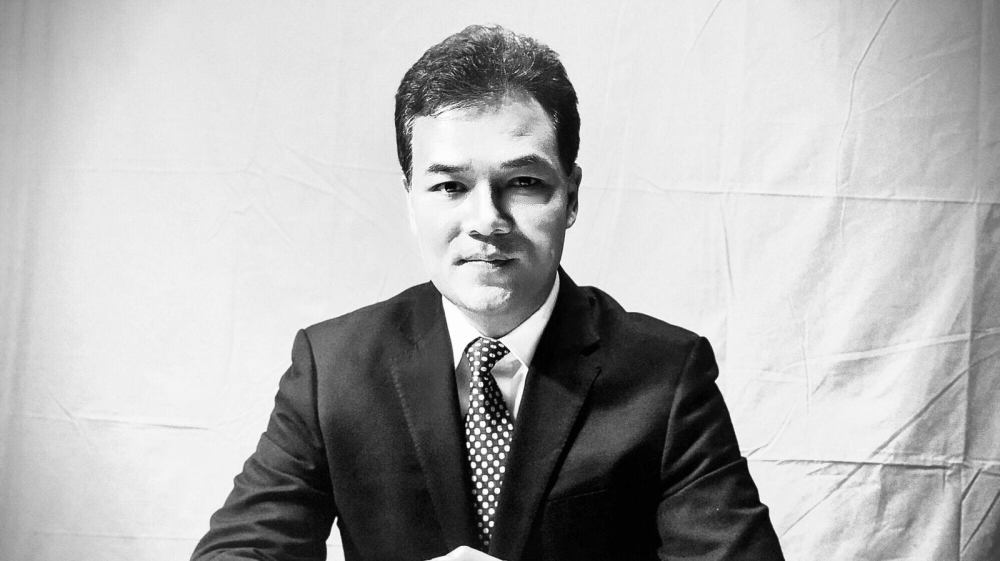 US-based Uighur activist Tahir Imin pointed out how a lack of regulation has led to breaches of privacy and technology being used for mass surveillance.

Imin said that advanced tech companies, including American ones, helped China in harvesting data that was used for surveillance and the arrest of Uighurs.

“It’s a terrible feeling when a helpless people face a regime which is backed by the most advanced technology,” he said.

Imin believes it is important to note that some Western tech companies have “successfully pretended to be defenders of human rights and data privacy rights in the West” – while at the same time they have “cooperated with authoritarian regimes like China”.

In the past year, Chinese authorities have come under criticism for applying facial recognition technology, particularly for identifying the members of the Uighur Muslim minority in Xinjiang province.

According to some estimates, up to a million Uighurs were moved to internment camps after they were racially profiled in Xinjiang and in other provinces.

“I, along with millions of other Uighurs, was forced by Chinese authorities to draw my blood, my face scanned, my voice recorded without knowing why and how they will use it,” Imin told Al Jazeera.

Nevertheless, despite his criticism of tech organizations, Imin said he was also optimistic about the future of technology.

Technology, he said, has also helped him to convey the voice of his people to more audiences around the world to raise the awareness around the issues of the Uighur minority in China.

For Sarwar Kashani, Puccioni sounded “unrealistically optimistic” on the idea that tech could lead to a more equitable world.

“I don’t think information technology will be used to unite humans, bring peace and augment democratic values. It is a myth that tech will ever be a peace enabler. Look at the people who are pulling strings,” he told Al Jazeera.

“They are modern-day Nazis, autocrats and conflict sellers,” he added. “FB, Google, Twitter and WhatsApp and other platforms are hand in glove with dictators masquerading as liberal democrats.” 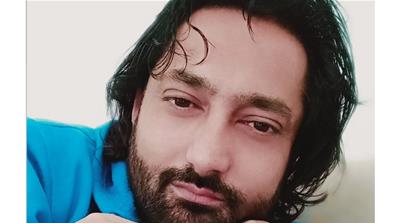 In a recent controversy, social media giant Facebook has been criticized for not acting against a post by US President Donald Trump that appears to glorify violence in the wake of George Floyd protests.

A communications ban in Kashmir was gradually lifted from January but a curb on internet speed remains to this day, despite a global pandemic.

After India revoked Kashmir’s autonomous status last August and placed a communications blackout across the disputed region, Kashmiris like Kashani suddenly were cut off from the outside world.

“Just imagine how tough it is to live without the internet in the 21st century,” he told Al Jazeera.

However, Kashani said even if Kashmir were to have free access to the internet and social media platforms, censorship would be prevalent, and the voice of his people would remain curtailed.

“I have absolutely no hope even if India allows free access to social media in Kashmir,” he laments.

“You have a partial freedom on what you write on internet [Twitter, Facebook], but you have no control on what you read. Do you think the posts criticizing the government disappear on their own? It is not being done by design, “he said. 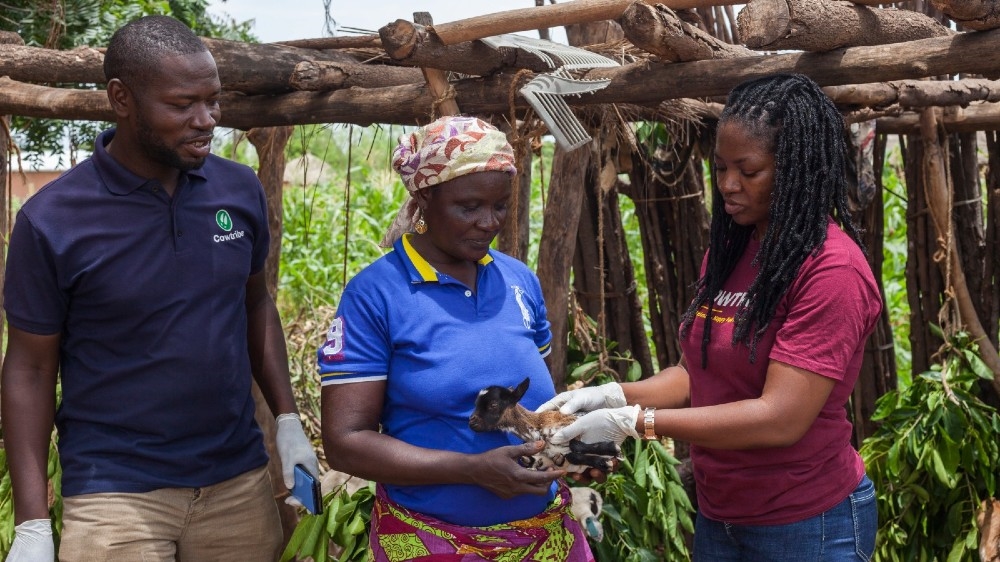 Alima Bawah, a Ghanaian entrepreneur, says she is “1,000 percent optimist.”

The former journalist said that a lack of basic necessities and conditions like hunger can often lead to conflict.

She says technology has in this regard, improved people lives for the better, particularly in rural areas.

She co-founded Cowtribe, a company which provides “on-demand and subscription-based” animal vaccine delivery and other vet services to “last-mile” farmers, those at the end of the agricultural value chain, in Ghana.

Farmers can now have access to essential services like agro-economical foods, vaccines and other veterinary services, she said.

Mexican feminist and writer Priscilla Madrid believes the main focus should be the people themselves, not necessarily the technology.

Madrid says she has consistently witnessed how technology is used to violate the rights of women – such as men creating closed Facebook groups where they share pictures of women they have sexually harassed or assaulted, in addition to sharing tips on how to do it without being caught . 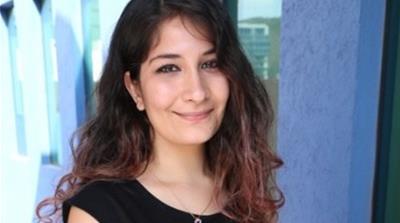 According to Mexican NGO Guardianes, 60 percent of the world’s child pornography was made in Mexico, with the country having one of the highest rates of physical violence against children under 14.

“Also, Mexico is also one of the main producers of child pornography in the world, which is shared throughout the world through technology,” she said, adding that she wouldn’t “blame cameras and the internet for that – I blame the people holding the camera “.

While Madrid said she found Vincent’s middle-of-the-road approach the most compelling, she felt more pessimistic about technology’s role in ushering peace.

Who is responsible when surveillance technology is misused? | Science & Technology