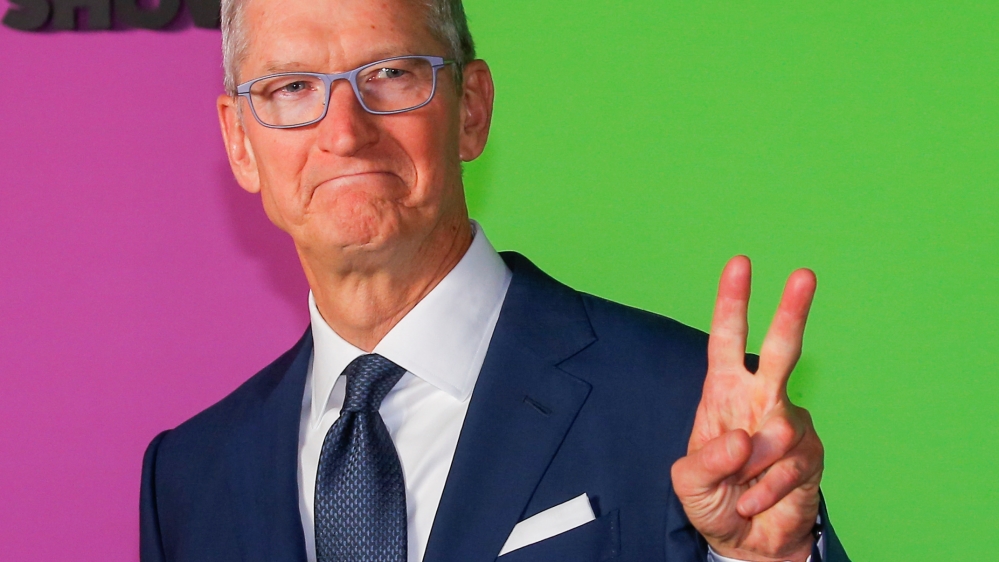 A United States federal judge said Apple Inc must face part of a lawsuit claiming it fraudulently concealed falling demand for iPhones, especially in China, leading to tens of billions of dollars in shareholder losses.
While dismissing most claims, US District Judge Yvonne Gonzalez Rogers ruled late on Tuesday that shareholders can sue over Chief Executive Officer Tim Cook’s comments touting strong iPhone demand on a November 1, 2018 analyst call, only a few days before Apple told its largest manufacturers to curb production.
More:

“Absent some natural disaster or other intervening reason, it is simply implausible that Cook would not have known that iPhone demand in China was falling mere days before cutting production lines,” Rogers wrote.
The Oakland, California-based judge also said a decision by Apple to stop reporting iPhone unit sales “plausibly suggests that defendants expected unit sales to decline”.
Apple did not immediately respond on Wednesday to a requests for comment.
The complaint, led by the Employees’ Retirement System of the State of Rhode Island, came after Cook on January 2, 2019, unexpectedly reduced Apple’s quarterly revenue forecast by up to $9bn, in part because of US-China trade tensions.
It was the first time since the iPhone’s 2007 launch that the Cupertino, California-based company had cut its revenue forecast. Apple stock fell 10 percent the next day, erasing $74bn of market value.
Cook had said on the analyst call that the iPhone XS and XS Max had a “really great start”, and that while some emerging markets faced downward sales pressures, “I would not put China in that category.”
By mid-November 2018, Apple had told the manufacturers Foxconn and Pegatron to halt plans for new iPhone production lines, and a key supplier had been told to materially reduce shipments, the complaint said.
The case is in re Apple Inc Securities Litigation, US District Court, Northern District of California, No 19-02033.