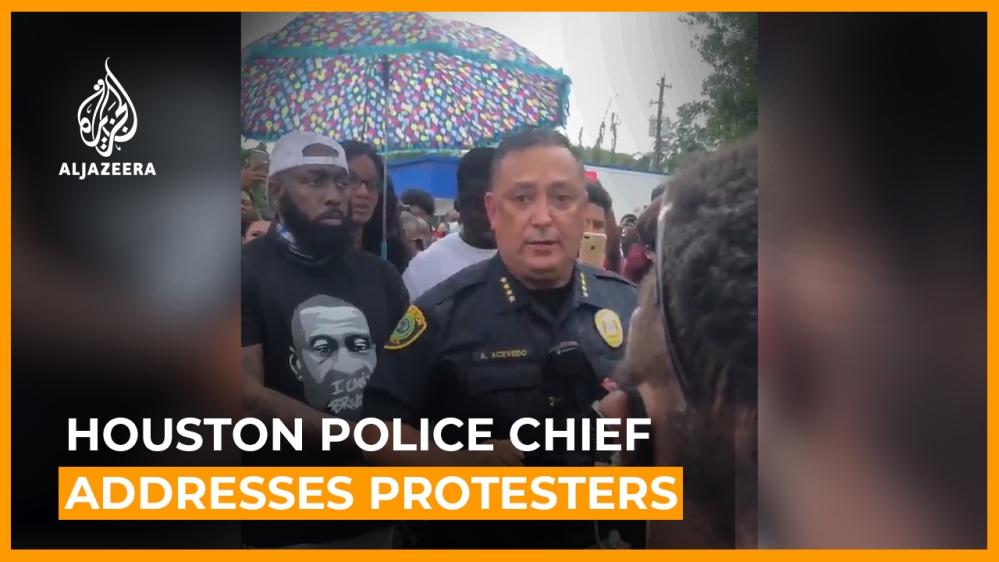 As protests against racism and police brutality spread across the United States, Houston Police Chief Art Acevedo has drawn national praise for his willingness to march with activists and call for police officers to be held accountable.

Days after George Floyd’s death in police custody, Acevedo was among the first big-city police chiefs to speak out, telling The Washington Post that “actions have to have consequences”.

When President Donald Trump called on governors to “dominate” protesters in the streets, Acevedo responded on national television saying: “Keep your mouth shut.”

Later, in a video that gathered more than 10 million views, Acevedo – a Cuban-born immigrant who became Houston’s first Latino police chief in 2016 – choked up as he told marchers in Houston that he was as angry, as they were.

“We will march as a department with everybody in this community. I will march until I can’t stand no more,” he said in the viral clip, as protesters cheered.

But a much different scene unfolded a few days later in the hours after a large protest march through downtown Houston.

In the evening, after most of the estimated 60,000 marchers had gone home, a smaller group of activists surrounded Acevedo in the middle of a street and started demanding answers.

They wanted to know why his department had refused to release body camera footage from six recent deadly police shootings in Houston.

Some in the crowd shouted insults, calling Acevedo a “liar” and a “hypocrite”.

As Acevedo turned away from the agitated crowd, someone doused him with a bottle of water. A man shouted for him to resign.

“You walk with Minnesota,” one protester shouted. “Will you walk for what happens in Houston?”

This highlighted a growing frustration simmering among activists in Houston who have accused Acevedo of striking a conciliatory tone during national media interviews but failing to back up his words with reforms in his own department.

Despite the criticisms, some marchers on Tuesday praised Acevedo for his willingness to talk to protesters. One man who had been shouting at Acevedo gave him a hug afterwards and thanked him for listening; Acevedo gave the man his phone number and suggested they continue their conversation once things calmed down.

This clip was produced and edited by Al Jazeera NewsFeed’s Katya Bohdan.

Kazakh police detain do do of anti-government protesters | News