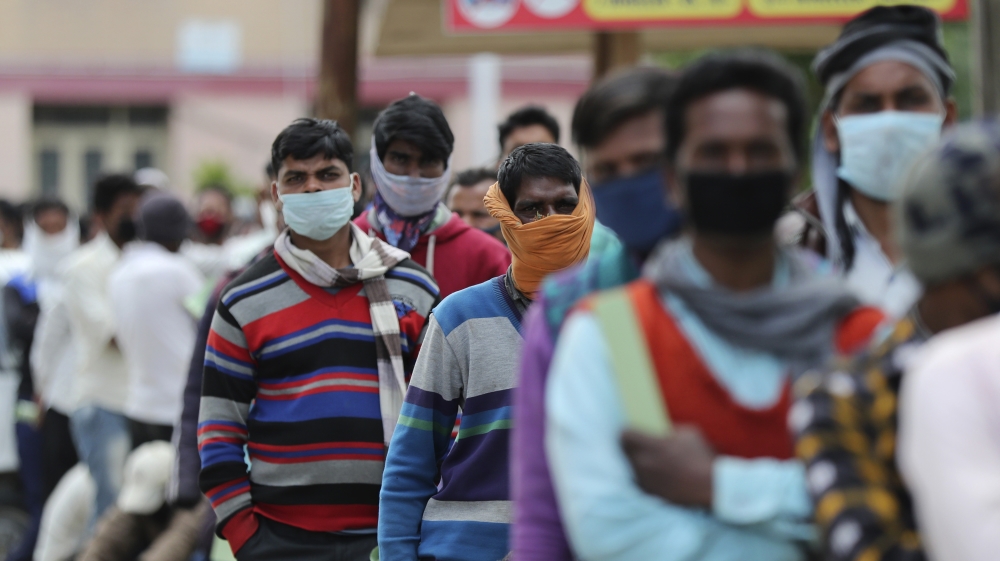 Several states in India are tentatively relaxing coronavirus lockdowns that for weeks have kept people’s movements to a minimum. But millions of people in Indian-administered Kashmir are still enduring two parallel sets of restrictions – one based on security, the other on public health.Measures to limit the spread of coronavirus were rolled out across the two Muslim-majority territories of Jammu and Kashmir, and Ladakh in late March. That was just as the region was emerging from some aspects of a security lockdown that accompanied the central government’s revocation of Kashmir’s semi-autonomy last year.Residents, already weary from the day-to-day presence of troops and police on the streets and the longest internet blackout ever seen in a democracy, are now struggling to contact loved ones over slow 2G mobile internet. Those connections are often cut off without notice, amid a tense security atmosphere. On May 11 India’s Supreme Court turned down legal petitions calling for the restoration of fast and reliable internet connections in the region.Doctors across Jammu and Kashmir say their ability to effectively control and treat COVID-19 is being seriously hampered by the internet restrictions. Some report they have to devote hours to downloading medical documents that would take mere seconds over a 4G connection. Medical professionals have also faced reprisals for raising concerns over the lack of sanitisers and personal protective equipment in poorly-equipped hospitals across the union territory.India’s Bharatiya Janata Party-led central government maintains the robust security posture in newly-absorbed Jammu and Kashmir will eventually vercome Kashmiri separatism in the region and build a “New India”. But amid a recent surge in violence touching the main city of Srinagar, as well as simmering anger over a new domicile law that clears the way for outsiders to settle in Jammu and Kashmir, millions of people remain on edge.
On this episode of The Stream, we look at how people in Indian-administered Kashmir are coping with life under two very different sets of restrictions. Join the conversation.Guests:
Junaid Azim Mattu, Mayor of Srinigar @Junaid_Mattu
Syed Zafar Islam, National spokesperson, Bharatiya Janata Party (BJP) @SyedZafarBJPAnuradha Bhasin, Executive Editor, Kashmir Times @AnuradhaBhasin_More:
Kashmir internet blackouts thwart coronavirus fight
Death and ‘spy’ pigeons in Indian-administered KashmirSource: Al Jazeera

In Pictures: Kashmir marks a year since losing special status |

What does the domicile law mean for Kashmir? | Human Rights