The protests that left much of the world in a haze of tear gas last year were slowed by a pandemic – until the death of George Floyd sparked a global uprising against police brutality and racial inequality.

From Hong Kong to Khartoum, Baghdad to Beirut, Gaza to Paris and Caracas to Santiago, people took to the streets in 2019 in pursuit of freedom, sovereignty or simply a life less shackled by hardship while few prospered. It seemed as if the streets were agitated everywhere but the United States.

Now, after the death of Floyd, a Black man in Minneapolis who died in police custody when a white officer pressed his knee into Floyd’s neck for nearly nine minutes, protests rage around the globe.

Police or military brutality and racism are universal dynamics that are experienced in many societies.

The very nature of a protest suggests a desire for change, the need to right a perceived historical injustice. It is a means to an end. But to what end? Depending on the government the activists are demanding change from, the results can be varied.

Demonstrations were held last week in solidarity with US protesters as Floyd’s death resonated far beyond US shores because of lives lost in similar circumstances.

As the coronavirus crisis eased in China, protesters in Hong Kong began to emerge again. And Beijing moved swiftly to quash the movement that caused unrest for months last year, enacting a national security law that would effectively end the existence of one country, two systems.

A democratic government that is amenable to changes may enact legislation, or a change of leadership can be forced at the ballot box.

An authoritarian government, however, does not often bend. Protesting against it can be a life-or-death struggle; It may require activists to make a deal with the country’s military, or it may backfire, bringing in a more dictatorial leader or a ruinous civil war.

Here is a look at some of the key protests of recent decades and what they achieved or failed.

Black American demonstrators carry picket signs along the main street of Raleigh in protest against the enforcement of segregation in cafes and restaurants in the city on February 16, 1960 [File: The Associated Press]

The protests that erupted across the US last week had the unusual characteristic of being largely leaderless, though the Black Lives Matter movement was focal.

During the critical era of the 1950s and 1960s, Martin Luther King, Jr, who led the 250,000 strong March on Washington, DC in 1963, and Malcolm X were colossal figures representing two different tracks: mass non-violent protest and getting favourable outcomes ” by any means necessary. “

These were key inflection points. But social injustice and the Vietnam War continued to dominate the US decade and beyond, reaching a crescendo of civil unrest in 1968 which has been echoed in 2020.

Democrats in US Congress are proposing an overhaul of police procedures and accountability but, like so much in Washington, DC, this has been snagged by partisanship.

Key Democrats, including presumptive presidential nominee Joe Biden, are also distancing themselves from calls to “defund the police” as President Donald Trump and his Republican allies blast the proposal.

Revolution was in the air in Eastern Europe in 1989 as civil resistance geared up to overthrow Communist rule.

One by one, countries fell in a reverse-domino effect – Washington had always been concerned about the dominoes falling in the Soviet Union’s favor.

The last Soviet leader, Mikhail Gorbachev, laid the groundwork for this tectonic shift. The Berlin Wall fell, and one-party rule was swept aside in East Germany, Poland and other states once behind the Iron Curtain, mostly bloodlessly – the exception being in Romania where the tyranny of Nicolae Ceausescu and his family was ended by a firing squad on Christmas Day.

This period also included a “Velvet Revolution” in Czechoslovakia, which was the historical antidote to the Prague Spring, a period of liberalization in embracing “communism with a human face” that was ruthlessly crushed by more than half a million Soviet-led Warsaw Pact troops in 1968.

Arab Spring and the current redux

It would be two decades before the world witnessed another wave of protests consume an entire region. This one was the first to be captured on a new digital platform, social media.

Protesters across the Middle East and North Africa took to the streets, demanding an overhaul of existing governments and reforms to the systems that had oppressed them for decades.

Tunisia was the first to protest in December, 2010, after a young street vendor, Mohamed Bouazizi set himself on fire after being humiliated by the police, who took away his wares.

In Egypt, the case of Khaled Said, another young man who died in police custody, served as the catalyst for nation-wide protests.

And rulers did fall: in Egypt, Yemen, Libya and Tunisia in 2011. But only the latter transitioned to a democratic next chapter.

Yemen and Libya have been torn apart by conflict, foreign intervention and humanitarian catastrophe.

Peaceful demonstrations against Bashar al-Assad’s rule in Syria quickly deteriorated after harsh crackdowns by the government, leading to the formation of rebel groups with foreign backing, and paving the way for a devastating civil war. That was compounded by Russian intervention in 2015, and the almost decade-long war has killed more than half a million people and displaced millions more.

In neighbor Lebanon and in Iraq, civil protests erupted last October against ruling elites and corruption. Lebanon is suffering a confluence of crises as it teeters on the cusp of national bankruptcy.

In Iraq, too, where tens of protesters had been killed, the healthcare system is not equipped to deal with COVID-19, and the loss of oil revenue is hitting hard. Protests seem likely to reignite in both places.

Algeria and Sudan captured much of what civil disobedience and protest can achieve as the fragile transition to a new era continues. 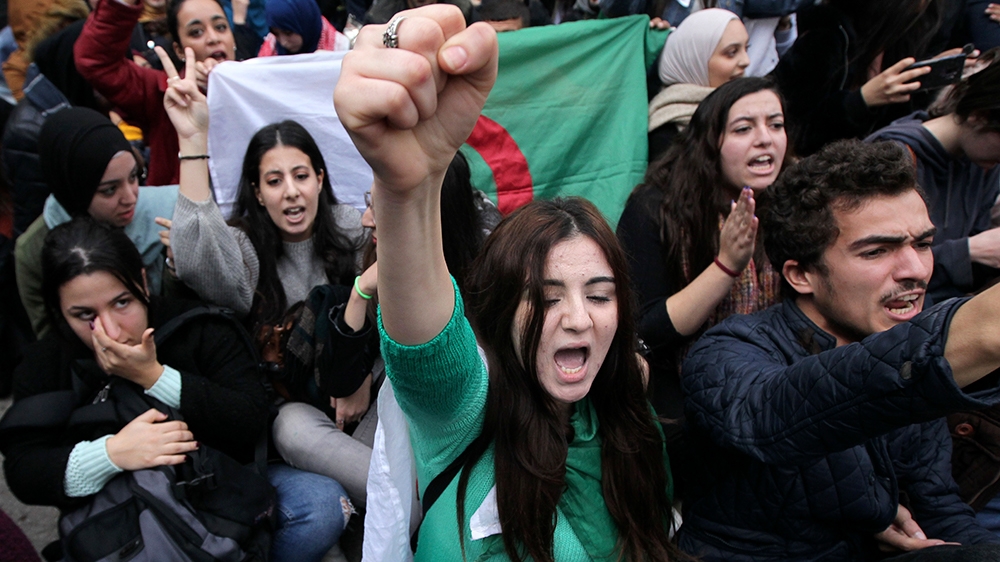 In Algeria, protests that began in February, 2019 led ailing longtime ruler Abdelaziz Bouteflika to resign. A contentious presidential election was held in December, but protesters are still demanding power be handed over to a civilian-led transitional administration to make way for real democracy.

Sudan’s protest movement succeeded in overthrowing a longtime military ruler who faces genocide and war crimes charges at the International Criminal Court. President Omar al-Bashir was toppled in April 2019 by the army, and protesters had to keep the pressure on until a joint civilian-military ruling “sovereign council” was created. The civilian forces are struggling to assert authority in the face of the military’s power.

Hong Kong’s protests, which began one year ago this week, seemed to embody all the facets of democratic aspiration. 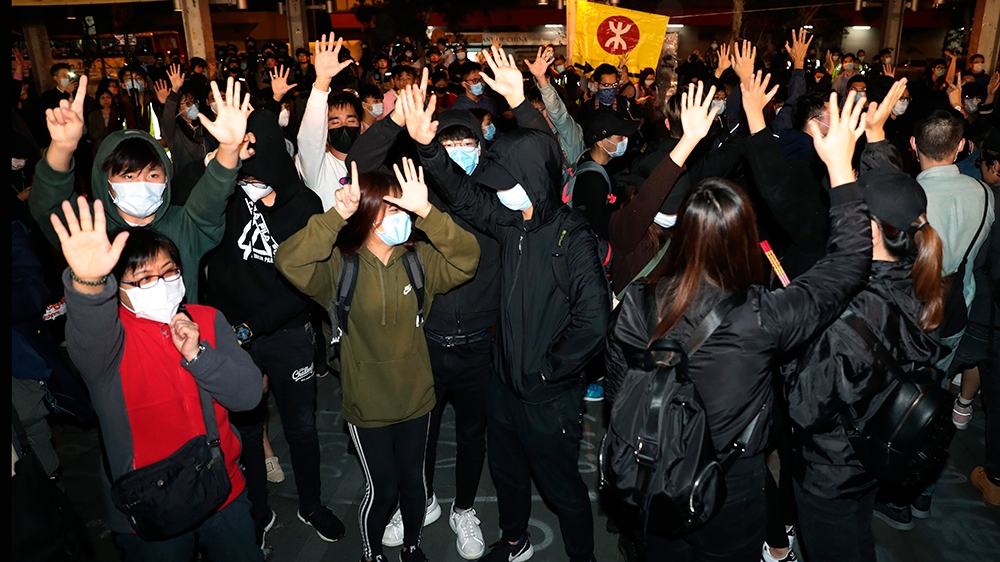 But the clear intent of President of Xi Jinping and the overwhelming might of China’s People’s Liberation Army makes it ever more likely that the territory will be under Beijing’s rule much sooner than 2047 as agreed upon.

The landmark 1997 agreement in which the British colony was formally handed over to China, had stipulated things would remain unchanged for 50 years.