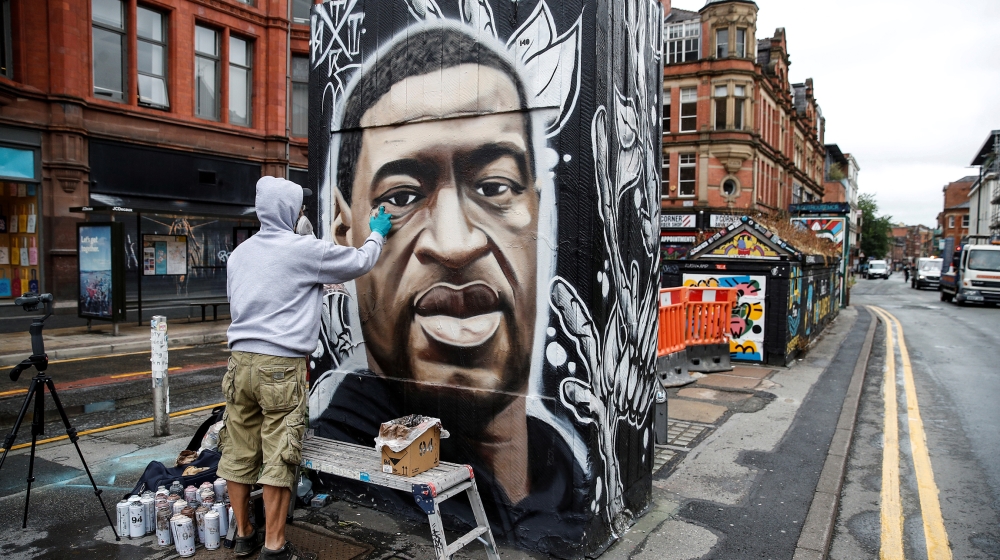 As George Floyd is laid to rest in Houston, family members and friends remember the man who spawned a movement.

According to those who knew him, he was a man who drew people in with his kindness, in the Third Ward of Houston where he grew and everywhere else he went.

Growing up in a single-parent household, Floyd was remembered as a loving, supportive and guiding presence by his siblings at a memorial in Minneapolislast week.

“He was like a big brother,” Terai Lawson, who grew up in Houston, told National Public Radio in an interview that aired on Tuesday morning.

Terai said Floyd took an interested in his sports life. “I always mysteriously see him in the stands, watching me play basketball all the way through high school,” Terai said.

Ortierre, who played football with Floyd at Yates High School, remembered him as a man who carried the team through challenging times with his good nature and support.

At practices in the blistering Houston heat, their football coach would not allow water breaks, Ortierre said. To help his team get through the tough practices: “Someone like Floyd would bust out singing,” Ortierre remembered in conversation with NPR.

Jessica Moore leads a march rallying against the death of George Floyd, one of hundreds across the US [Brian Munoz/Reuters]

Floyd was an avid sportsman. He was 6’4 “(194cm) and loved basketball. He was a huge fan of LeBron James, star player for the Los Angeles Lakers who made his mark on basketball with the Cleveland Cavaliers.

“He was the biggest LeBron James fan,” Floyd’s nephew Brandon Williams recalled at his eulogy service in Minneapolis. When James won the championship with the Cavaliers against the Golden State Warriors in the 2016 NBA finals, Floyd was elated.

“When the [Cavaliers] came back on the Golden State Warriors in the Finals, and I remember the very first phone call. I told him, ‘You’re too happy. You sound like you won a championship. ‘ “

Floyd responded: “Man, you know how I feel about LeBron. I did win a championship.”

James commented on Instagram about Floyd’s killing by former Minneapolis Officer Derek Chauvin on May 26, juxtaposing the image of Chauvin kneeling on Floyd’s neck with that of former NFL quarterback Colin Kaepernick.

Kaepernick protested against police brutality and racial injustice by taking a knee during the US National Anthem at football games starting in the 2016 season.

Kaepernick received support from many but was also criticized by the NFL and others, even Supreme Court Justice Ruth Bader Ginsburg, for his protest.

James captioned his post with “Do you understand NOW”?

James also posted a photo of himself wearing a shirt emblazoned with the words “I can’t breathe”, which were the last words of both Eric Garner, killed in New York in 2014, and Floyd.

Michael Jordan, another legendary basketball player, said his “heart goes out” to the Floyd family in a May 31 statement.

After graduating from Yates in 1993, Floyd wen tot South Florida Community College where he played basketball for two years. He then transferred to Texas A&M University in Kingsville, where played basketball until he dropped out.

Floyd was also a musician, rapping with a group called the Screwed Up Click in Houston’s hip-hop scene in the 1990s.

Floyd went to prison in 2009 after armed robbery and home invasion charges were brought against him.

He was paroled in 2013 and returned to Houston, where residents say he supported and upheld the community as a leader and mentor.

Floyd moved to Minneapolis in 2014 to look for employment. He worked as a truck driver and bouncer there, until he lost his job due to the coronavirus pandemic in 2020, shortly before his death.

Floyd was 46 when he died. He is survived by five children.

The three other officers present when Floyd was killed face charges of aiding and abetting second-degree murder and manslaughter. All four have been fired from the Minneapolis police force.

Floyd’s death sparked a movement that is drawing calls to defund the police, but according to DJD, another Lawson brother and friend of Floyd who spoke to NPR, he cannot help but remember his “brother”.

“To see one of your best friends on TV all day long … it’s just another person to everybody and a movement to everyone else. But it’s a friend to me. I don’t see George Floyd. I see Big Floyd.”