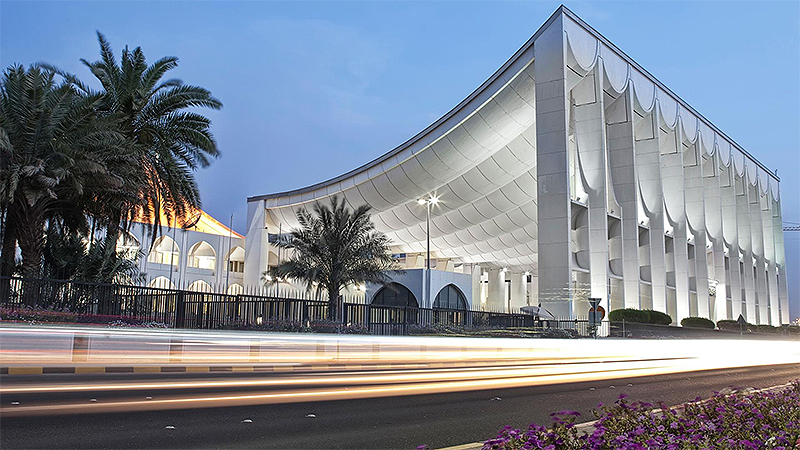 KUWAIT CITY, June 11: The National Assembly has discussed the Civil Act with representatives of the owners of small and medium enterprises (SMEs) in light of the impact of coronavirus on the private sector, particularly the SMEs. Present at the four-hour meeting Wednesday were Speaker of the Assembly Marzouq Al-Ghanim, chairperson and members of the parliamentary Financial and Economic Affairs Committee, several other MPs, and some senior government officials including Minister of Commerce and Industry Khalid Al-Rawdan, Minister of Oil, Electricity and Water Khalid Al- Fadel, Minister of Social Affairs and State Minister for Economic Affairs Mariam Al-Aqeel, Central Bank of Kuwait (CBK) Governor Muhammad Al-Hashel and Director General of the Public Institution for Social Security (PIFSS) Mesha’al Al-Othman.

Al-Ghanim said the meeting was aimed at hearing the viewpoints of the owners of SMEs in the presence of MPs and government officials. He affirmed the meeting is in accordance with Article 50 of the Constitution, while one of the objectives is to strengthen cooperation between the legislative and executive authorities.

He affirmed the Assembly and the government are not at loggerheads, asserting both authorities are keen on coordinating their efforts in addressing issues. He pointed out the meeting will help the Assembly avoid shortcomings in the relevant bills, since the comments and recommendations of the concerned entities will be taken in consideration in drafting laws.

He confirmed majority of the MPs are against the enforcement of any law that might harm the SMEs and national employees in the private sector. Despite the fact that businesses have gains and losses according to the conditions of the markets, the State must protect them in difficult and exceptional times, he concluded.

She disclosed the CBK governor explained various catalyst procedures for the private sector during Wednesday’s meeting.

On the other hand, Minister of Commerce and Industry Khalid Al-Rawdan revealed that his ministry met with about 83 concerned entities and societies while laying down the economic catalyst procedures.

However, he clarified the ministry cannot adopt all the recommendations and demands; since some of them either contradict the solutions presented by the ministry or contradict each other. He then stressed the need to ratify permanent laws which tackle issues in times of crises.

Minister of Social Affairs and State Minister for Economic Affairs Mariam Al-Aqeel stressed the importance of supporting the private sector, especially the SMEs. She pointed out the current Law No. 6/2010 focuses on protecting the workers, but the coronavirus crisis proved that the employer also needs protection in order to help him keep the employees instead of firing them. She disclosed the decision of the Cabinet to double the amount of national labor subsidy aims to support the employer.

CBK Governor Muhammad Al-Hashel urged the government to take necessary procedures to coexist with the crisis, taking into consideration the high economic cost of supporting businesses in medium and long terms. He said the Economic Affairs Committee focused on supporting the successful SMEs; and it seems the SMEs which suffered difficulties before the crisis are incompetent due to other factors, not the corona crisis.

In another development, Human Rights Committee Chairman MP Dr Adel Al- Damkhi disclosed that the committee discussed a number of issues on Wednesday, including the bills on public freedoms. He said the committee intends to visit the Central Jail in view of the information about the spread of coronavirus among prisoners.

He added the committee will also visit the deportation centers and the isolated areas, especially Jleeb Al- Shuyokh and Mahboula. He unveiled the committee’s plan to communicate with Deputy Prime Minister and Minister of Interior Anas Al-Saleh regarding the need to end the suffering of families in the deportation centers and the shelters for those who violated the Residency Law.

He expressed gratitude to His Highness the Amir Sheikh Sabah Al-Ahmad Al-Jaber Al-Sabah for granting amnesty to some prisoners due to the coronavirus crisis. He affirmed his committee will meet with other concerned panels to discuss the criteria for granting amnesty, indicating that the aim is to include a larger number of beneficiaries. The lawmaker added that his committee submitted a proposal to study and investigate visa and human trafficking issues as part of its duties.