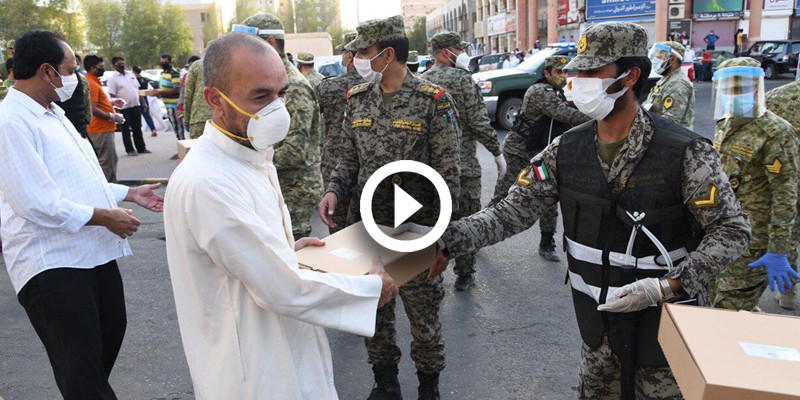 KUWAIT, June 12: The National Guard’s Financial Affairs and Resources Department announced on Friday that its Economic Services Branch has distributed food baskets to the residents of the isolated Khaitan region.

The National Guard is responsible for securing Khaitan and supervising its isolation, in cooperation with the Ministry of Interior, based on the decision of the Council of Ministers, as part of the measures to combat the virus (Corona emerging – Covid 19).

He added that this initiative also comes “to activate the societal and humanitarian role of the National Guard and within its efforts to assist the residents of the prohibited and isolated areas and reduce their suffering.”
He pointed out that the National Guard Society has prepared food baskets that contain a variety of basic commodities that cover the necessary needs of the beneficiaries, “especially in the embargo measures applied in the region.”

He said Brigadier General Tuari that the distribution of this aid by the National Guard comes at a time when his men lead their national duty to maintain and stability and secure Khaitan isolated area health as a precaution security to prevent the spread of (Corona) as a complement vital role to support and assigning points state Almakhltvh. (KUNA) –

The undersecretary of the Kuwait National Guard inspects Khaitan region