Washington, DC – Young people across the United States flooded the streets of their cities and towns in unprecedented numbers to denounce the killing of George Floyd, demand reforms to policing and calling for an end to systemic racism in the country.

Whether this will translate into a higher turnout in the November presidential election is still up in the air, experts say. But there are signs that this year, young voters are more energized about making their voices heard.

“There is no lack of enthusiasm or engagement, there is a distinct feeling that the system and the political leaders in that system have failed us,” said Alex Butcher-Nesbitt, deputy press secretary at NextGen America, an organization that seeks to encourage young people to vote.

“There is a huge power in numbers, we see that on the streets now and we will see it at the polls in November,” Butcher-Nesbitt told Al Jazeera. Young adults, those aged 18-44 make up 39 percent of eligible voters, and could make a substantial difference in the presidential race, especially in crucial swing states.

Historically in the US, voters less than 30 years old have shown up at the polls in lower numbers than older voters. But there are indications this could change in 2020.

Last week, Rock the Vote, a nonprofit organization that assists and encourages young people to vote, said more than 80,000 new voters registered through their website last week – the most registrations the group has experienced in a single week this election cycle.

Demonstrators gathered in front of the fence surrounding Lafayette Park outside the White House in Washington, DC [Jonathan Ernst/Reuters/Daylife]

For nearly three weeks, dozens of young people have gathered in the evenings in the newly-named Black Lives Matter Plaza near the White House. The place has become symbolic in downtown Washington, DC of the protesters’ demand for justice for Floyd, an unarmed Black man who died on May 25 after a white police officer knelt on his neck for nearly nine minutes.

Not the ideal candidate

A young man with a loudspeaker leads the chants, “Black Lives Matter”, “No justice, no peace, no racist police” – the leading demands during the protests.

“I want my voice to be heard and I want there to be a change,” said Lany, 20, who did not wish to give her last name. Lany said she initially supported Bernie Sanders, a self-described Democratic socialist who ended his campaign in April, and endorsed the presumptive nominee Joe Biden.

Lany says although Biden is not her ideal candidate, she will still vote for the Democrat.

“While I don’t like the two candidates that are running, there’s clearly one that’s better than the other,” she said, “I would rather have my voice heard and do my duty than just let Trump – who is a fascist – run our country. “

Recent polls show that Trump, who adopted a hardline approach to the protests and threatened to deploy the US military to quell violent dissent, is unpopular among young people, putting him at political risk.

Biden’s campaign has not made significant changes to its youth outreach amid the protests, but in a recent virtual fundraiser, he said he believed the protests will energise young people to turn out for him.

“Now they are engaged,” Biden said. “They feel it. They taste it. And they’re angry and they’re determined.”

The young vote may prove crucial in a race that is expected to be focused on several highly contested swing states.

“Given Trump’s lead in key swing states, the only way Biden is going to win is if we see a massive uptick in turnout,” said Jim Manley, a Democratic strategist and former leadership aide in the US Senate.

“No young person can look at the events in the last couple of months and not march to the polls and vote for Biden,” Manley told Al Jazeera. “He is going to show young people that he is a strong principled alternative to the chaos that is coming out of this White House.”

But for some protesters, animosity towards Trump will not be enough to push them to vote for Biden.

“I really don’t care for any of the candidates that are running for office right now. I think they are the same,” said Dion, 37, who did not want to provide his last name.

He said he has been participating in every protest in Washington, DC since they began on May 29, and has no plans to stop showing up. “I don’t have any love for Biden, I wouldn’t vote for him,” he said. 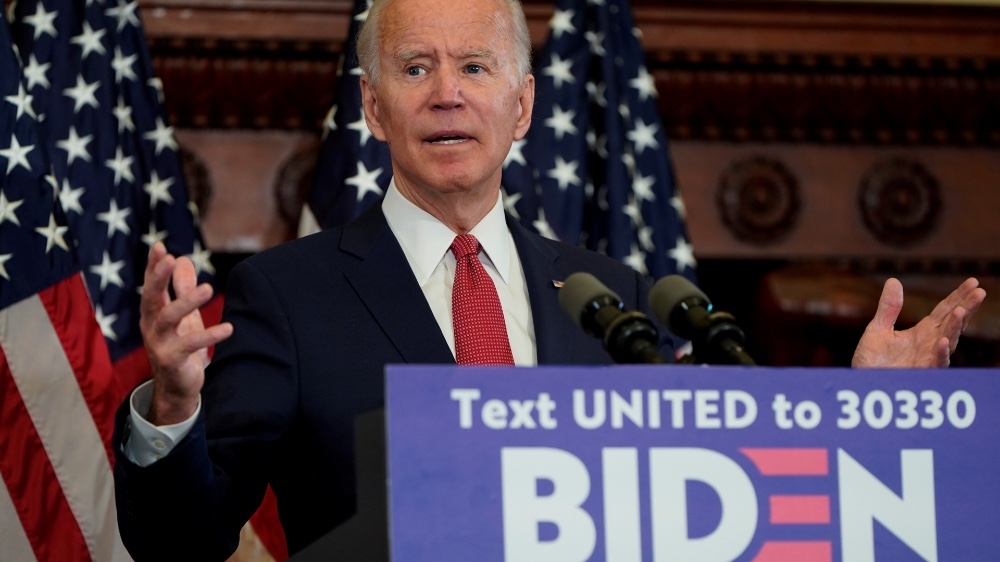 Democratic presidential candidate Joe Biden speaking about President Donald Trump’s response to protests across the US during an event in Philadelphia, Pennsylvania [Joshua Roberts/Reuters]

Biden has rejected calls to “defund the police,” which has become a rallying cry for protesters. “I don’t think the police should be defunded,” Biden said in an op-ed on Wednesday. “The better answer is to give police departments the resources they need to implement meaningful reforms, and to condition other federal dollars on completing those reforms,” ​​he wrote.

Observers say, for many protesters, Biden’s position on these key issues may reassure his base of older and average voters, but will not satisfy younger people who want to see meaningful change.

“Biden has got to recognize that this energy does not automatically transfer to being an anti-Trump vote,” said Cliff Albright, a co-founder of the Black Voters Matter Fund, “it’s gotta be earned,” Albright told Al Jazeera.

Biden’s response to the protests has been “tone deaf”, Albright adds. 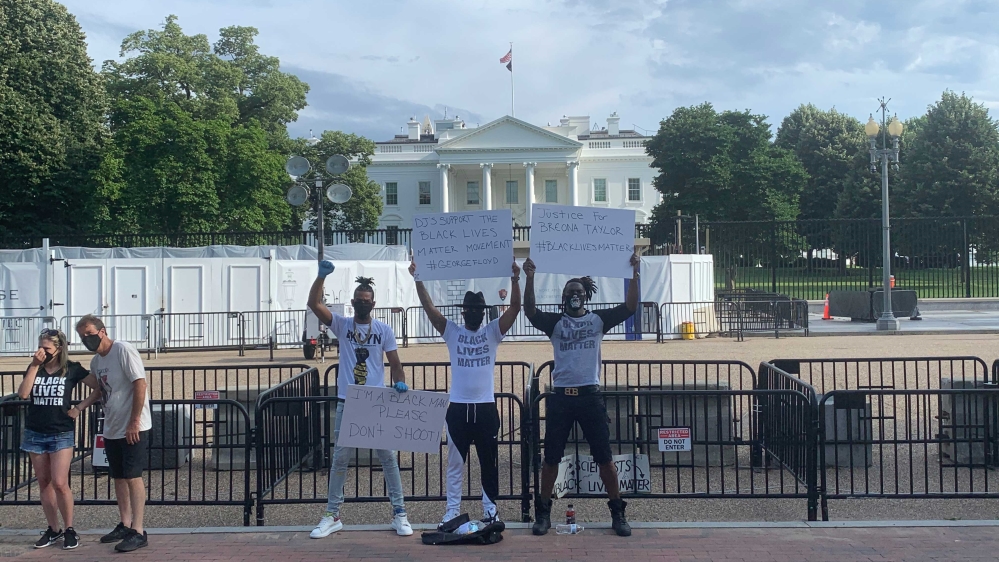 Trump’s policies had already heightened interest among young voters, and the vote is a referendum on the president, said John Della Volpe, director of polling at Harvard University’s Kennedy Institute of Politics.

“We were on our way to a significant turnout among young people because of Trump,” Della Volpe told Al Jazeera, “Now, there are two additional factors, COVID and these protests.”

“It is now up to Biden,” Della Volpe said. “If he is able to meet the moment and transfer much of the energy of those who wouldn’t normally vote and say we can change this country faster, more substantively if you both protest and you vote.”

Trump encourages US citizens to illegally vote twice Will the final day of the US campaign sway the vote?

US companies urge workers to vote, offering pay or time off | USA News