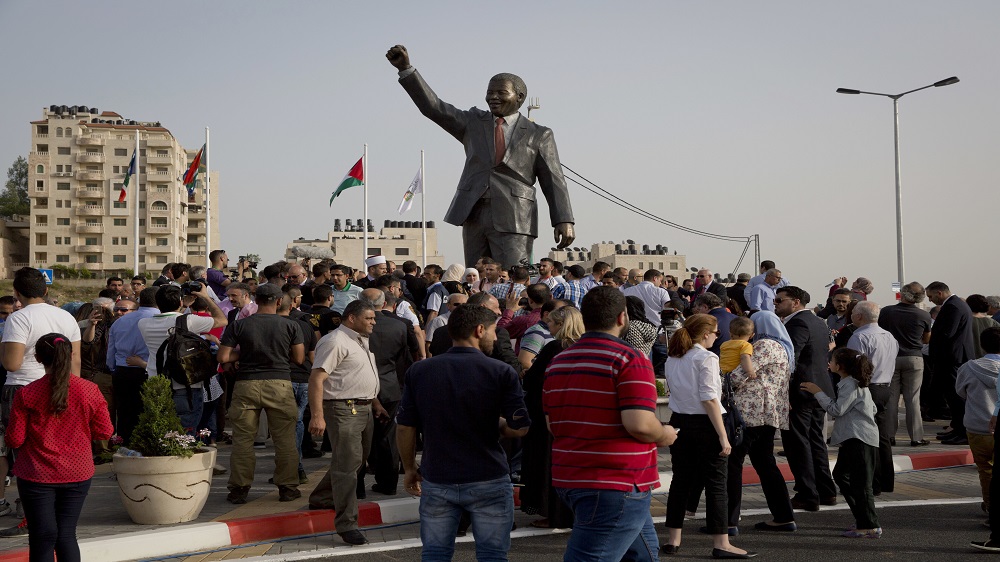 Benjamin Pogrund spent decades battling apartheid as a journalist in South Africa. Since moving to Israel 20 years ago, he has passionately defended the country against charges that it too is an apartheid state.

But at the age of 87, Pogrund is having second thoughts.

He says if Israel moves ahead with plans to annex parts of the occupied West Bank and Jordan Valley, he will have no choice but to declare his adopted homeland has become a modern-day version of apartheid-era South Africa.

“There will be Israeli overlords in an occupied area. And the people over whom they will be ruling will not have basic rights,” Pogrund said in an interview in his leafy back-yard garden.

“That will be apartheid, and we will merit the charge. And that is something that worries me gravely because it exposes us to huge dangers.”

Pogrund, a prolific author, says he has been unable to write about the looming annexation.

“I couldn’t bring myself to do it. Quite frankly, I just feel so bleak about it, that it is so stupid and ill-advised and arrogant,” he said.

For years, Israel has been labeled an apartheid state by detractors who used the term to describe its rule over Palestinians, who were denied basic rights in occupied areas. Israel has pushed back against the fraught word.

But as Prime Minister Benjamin Netanyahu nears launching his annexation moves – long-discussed but given new impetus by a so-called “middle east plan” proposed by US president donald Trump and condemned by many around the world – the term “apartheid” is increasingly becoming part of Israeli political conversation.

Mainstream politicians who oppose annexation have begun to use the word. Disillusioned former military men bounce it around.

Israeli most popular political satire show, Wonderful Country, recently ran a spoof advertisement for a fictitious drone company that lifts Palestinians and flies them away from annexed land. The drone’s name: “Apart-High”.

“When you start doing these unilateral actions, you actually put yourself on a very slippery slope,” said Gadi Shamni, a retired Israeli general who once commanded Israeli forces present in the West Bank. Inevitably, Palestinians in annexed areas will demand the rights of citizens, including the right to vote, which will “eventually create some kind of apartheid”, he warned.

Apartheid refers to the system of racial discrimination enforced by South Africa’s white-minority regime from 1948 until 1994.

It was characterized by separate housing and public facilities for Black and white people, bans on interracial relations, and disenfranchisement of the Black majority.

Supporters of the Israeli government are outraged at comparisons to South Africa.

The comparison is “deeply offensive”, said Eugene Kontorovich, head of the international law department at the Kohelet Policy Forum, a conservative think-tank in Jerusalem that frequently advises Netanyahu’s government.

“Apartheid was a system in which a minority white government in South Africa ruled over the Black majority,” he said.

“They taxed them. They drafted them, and they passed every law under which they lived.”

Kontorovich said none of these conditions apply because most Palestinians are governed by the self-rule Palestinian Authority, which has limited autonomy in parts of the West Bank.

As a reporter and editor at the Rand Daily Mail in Johannesburg, Pogrund documented many of the horrors of apartheid, including the infamous Sharpeville massacre in which South African police fired on Black protesters, killing 69, and exposés about prison conditions and the torture of Black prison inmates.

He was jailed for refusing to identify an informant, put on trial for his reporting, saw his home ransacked by police, and sometimes required a bodyguard.

Pogrund left South Africa after his newspaper was closed in 1985 under government pressure. After time in London and the US, he moved to Israel in 1997.

He is a vocal critic of Israeli treatment of the Palestinians.

He describes the West Bank occupation – in which Israeli settlers and Palestinians live under different sets of laws – with words such as “tyrannical”, “oppression”, and “brutality”.

But he has always stopped short of calling it apartheid, believing the term is uniquely evil.

Advocates of the term argue it is already applicable in the West Bank because, despite the existence of the Palestinian Authority, Israel has ultimate, de facto control over the territory. It controls entry and exit, water, and other resources, and overall security. 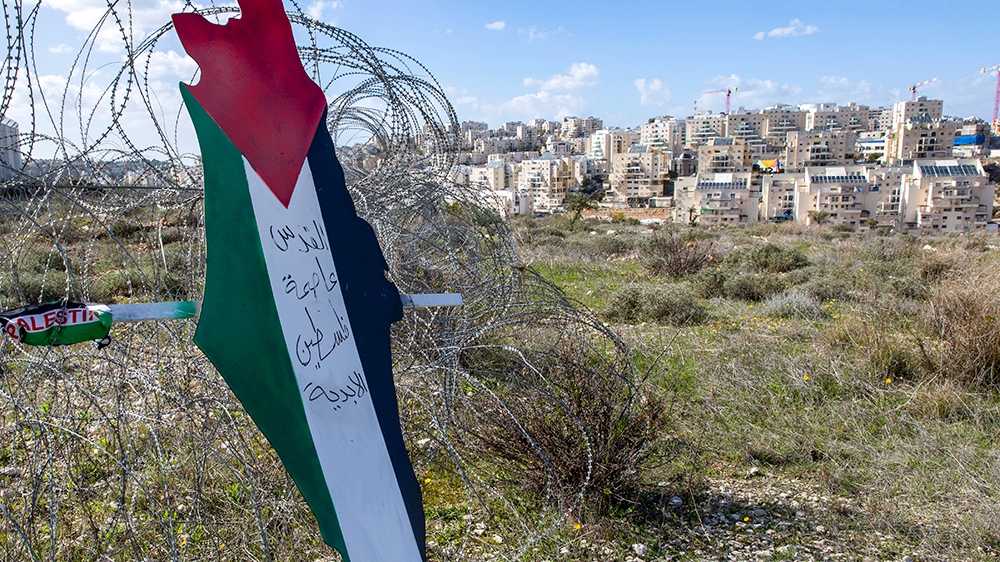 A sign with the colors of the Palestinian flag that reads, ‘Jerusalem is the eternal capital of Palestine’ in Arabic, at the separation wall near the illegal Israeli settlement of Mod’in Ilit [Nasser Nasser/AP]

Under interim peace accords, it also maintains full control over 60 percent of the West Bank where all settlements are located and tens of thousands of Palestinians live but have no voice.

As appalling as he finds the occupation, Pogrund has argued for years in articles, lectures, and a 2014 book that the situation lacks the “intentionality” and “institutionalized” racism of South Africa.

But Pogrund said he began to have misgivings several years ago when the Israeli parliament passed its Nation-State Law, which declared the country to be the “national home” of the Jewish people while appearing to downgrade the status of the Arab minority.

“Annexation will take us right over the edge,” he said.

In a recent interview, Netanyahu said Palestinians would remain in “enclaves” and “remain Palestinian subjects”.

Some reports have suggested that Netanyahu may scale back the annexation to help minimise international criticism, but Pogrund says size does not matter.

During his time in London, he recalled a shopper picking up a package of grapes, seeing they were a product of South Africa and putting them down in disgust. He fears Israel will be in a similar position.

“You’ll be carrying the apartheid stigma,” said Pogrund. “We are heading straight into self-inflicting [this] on our ourselves. We are applying apartheid – the hated word of the second half of the 20th century. “