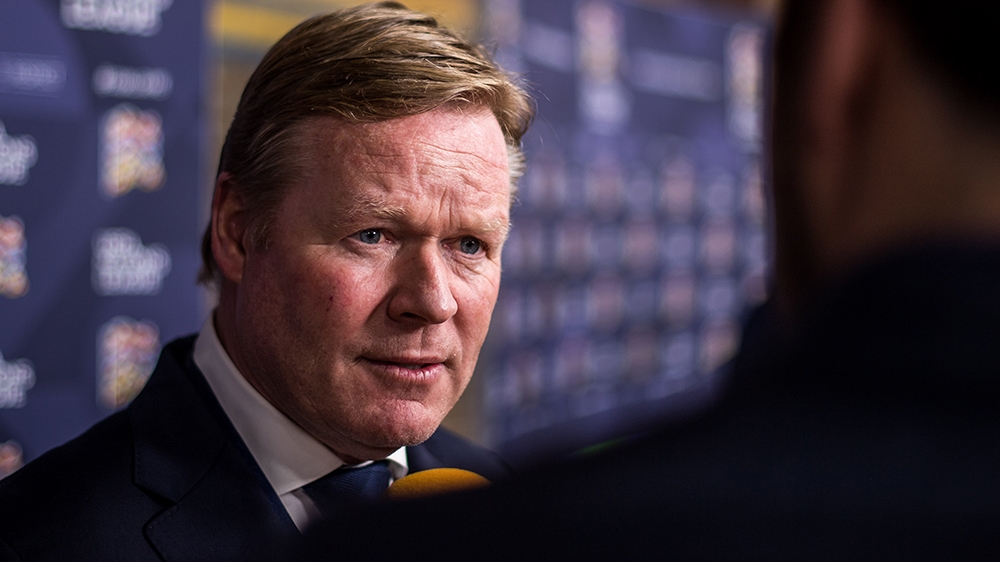 Barcelona have appointed former player Ronald Koeman as their new coach, as the Spanish football giants look to rebuild after their 8-2 thrashing by Bayern Munich that knocked them out of the Champions League.

Koeman, 57, moves from his role as manager of the Netherlands national team on a two-year contract with Barcelona until 2022.

The Dutchman replaces Quique Setien, who was sacked on Monday after he presided over the club’s worst defeat ever in European competition.

Koeman, who will be officially presented at the Camp Nou stadium later on Wednesday, is dearly loved at Barcelona for his role in Johan Cruyff’s hugely successful side known as the “Dream Team” and for scoring the goal that delivered the club’s first-ever European Cup in 1992.

“Barcelona and Ronald Koeman have come to an agreement for him to be the team’s coach until 30 June 2022,” Barcelona said in a statement on Wednesday.

“The Dutchman brings more than 20 years of experience as manager and eight trophies on his CV,” it added.

😍 The hero of Wembley 92 returns!
💙❤️ ​​The history of @RonaldKoeman, a Blaugrana legend

Meanwhile, there is continuing speculation over the team’s biggest star and captain, Lionel Messi.

The Argentinean forward, who has been with the club since he was 13, has a contract with Barcelona until 2021, but he has expressed his dissatisfaction with the club this season, talking about the team’s problems and pointing to poor decisions by club directors.

Spanish media has reported that negotiations to extend Messi’s contract beyond next June have been on hold.

One Brazilian outlet, Esporte Interativo, said Messi actually wants to leave now instead of waiting until next year.

‘Club of my life’: Messi to stay at Barcelona for another year | News Paris Saint-Germain appoint Mauricio Pochettino as coach