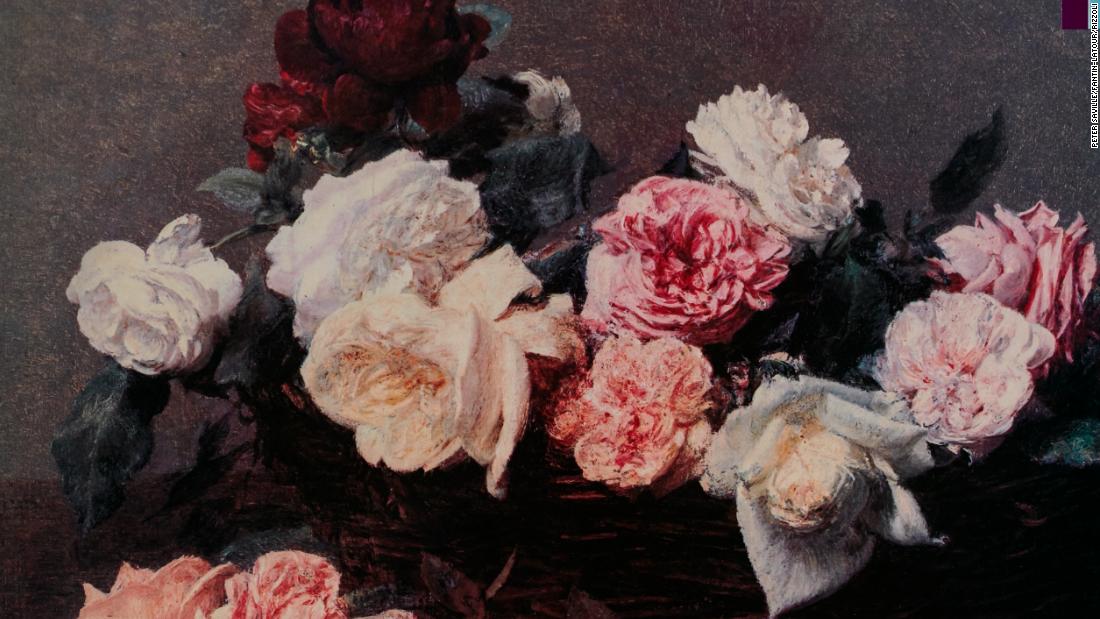 Written by Leah Dolan, CNNThroughout the 20th-century record sleeves regularly served as canvases for some of the world’s most famous artists. From Andy Warhol’s electric yellow banana on the cover of The Velvet Underground & Nico’s 1967’s debut album, to the custom-sprayed Banksy street art that fronted Blur’s 2003 “Think Tank,” art has long been used to round out the listening experience. A new book, “Art Sleeves,” explores some of the most influential, groundbreaking and controversial covers from the past forty years. “This is not a ‘history of album art’ type book,” said the book’s author, DJ and arts writer DB Burkeman over email. Instead, he says the book is a “love letter” to visual art and music culture.For the 45th anniversary of “The Velvet Underground & Nico” in 2012, British artist David Shrigley illustrated a special edition reissue cover for Castle Face Records. Credit: David Shrigley/RizzoliFeatured records span genres and decades. Among them are Warhol’s cover for The Rolling Stones’ 1971 album “Sticky Fingers,” featuring the now-famous close-up of a man’s crotch (often assumed, incorrectly, to be frontman Mick Jagger in tight jeans) as well as an array of seminal covers designed by graphic designer Peter Saville, co-founder of influential Manchester-based indie label Factory Records. Despite having relatively little art direction experience under his belt, Saville was behind iconic covers such as Joy Division’s “Unknown Pleasures” (1979), depicting the radio waves emitted by a rotating star, and the brimming basket of wilting roses — a muted reproduction of a 1890 painting by French artist Henri Fantin-Latour — that fronted New Order’s “Power, Corruption & Lies” (1983).New Order, “Power, Corruption & Lies.” Featuring ‘A Basket of Roses’ by Henri Fantin-Latour, 1890 Credit: Peter Saville/Fantin-Latour/RizzoliThe book also includes a sleeve by Shepard Fairey, the artist behind the eminent Obama “Hope” poster, for “7-inches for Planned Parenthood,” a limited edition vinyl box-set to raise funds for the sexual health charity. On the cover, a woman’s sleeping face is rendered in Fairey’s trademark stencilized finish while a red vertical banner screams at her to “Wake Up!” Yayoi Kusama’s brief foray into album art also features in the book. In 2013, the Japanese multidisciplinarian designed the artwork for Japanese DJ Towa Tei’s eighth studio album, “Lucky.” The cover is a simple smattering of red and white polka dots — a signature Kusama motif. Kusama even features on the album’s last track, “Love Forever,” where she recites a short poem.In 1992 dissenting graphic designer Barbara Kruger created the artwork for the only LP ever released by short-lived riot grrrl band, Growing Up Skipper. The group took their name from a controversial Barbie released in 1974, a version of Skipper, Barbie’s younger sister, who grew breasts when you twisted her arm (the company says the doll matched “little girls’ dreams of growing up”).For the cover of the LP, “Use only as directed,” dismembered Barbie parts appear alongside Kruger’s signature black and red ‘scrapbook’ text. Art Sleeves: Album Covers by Artists by DB Burkman is published by Rizzoli priced at £40.00. Credit: RizzoliThe book also shows Jeff Koons’ Renaissance collage for Lady Gaga’s album, “ARTPOP” (2014) — where a statuesque Gaga sits inside Botticelli’s giant scallop shell — as well as Cindy Sherman’s work for Arthur Doyle and Maurizio Cattelan, famous for his duct-taped banana, who photographed a toothy, red-lipped grimace for Toilet Paper magazine’s 2016 special edition single of Daft Punk’s “Da Funk” (1995).The vinyl revivalDespite the ubiquity of digital downloads (or perhaps in reaction to it) both sides of the pond have been experiencing a vinyl revival for over a decade. In 2020, UK sales of vinyl were at their highest since the early ’90s, while last year in the US more than 27 million vinyl records were sold– nearly 50% more compared to 2019. The impact the coronavirus has had on listening habits has been sizable, too, the British Phonographic Industry (BPI) found. “The increase in (music) consumption was achieved despite the disruption caused by the Covid-19 pandemic,” they said in a report published earlier this year. According to the BPI, streams and sales in the UK “dipped around the start of the first lockdown”.Aphex Twin’s “Collapse” EP (1990) was illustrated by London-based artist Weirdcore. Credit: The Designers Republic/WEIRDCORE/RizzoliYet despite the growing comeback appeal of LPs, the accessibility of digital platforms means streaming services are still the main source of music globally.For Burkeman, the digitization of music is positive insofar as it means artists don’t need record companies to put music out. But the rise of streaming has also resulted in the forfeiture of exciting album appendages like designed lyric sheets or handwritten notes from the recording artist. “We’ve definitely lost something as far as experiencing emotions one might feel while listening to a record and studying, analyzing, or simply enjoying the physical object.”

Pac-Man at 40: A history of the famous arcade game on its anniversary

Music As a Form of Entertainment